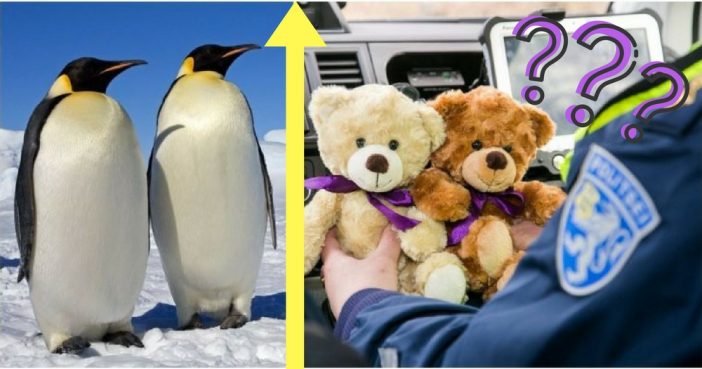 Thanks to the internet and the age of statistics, we now know more on every subject than ever before. Some of this information is less useful than others.

Here are 50 awesome (although not all that useful) facts about random stuff!

Research conducted at the University of Vienna suggests that yawning may play an essential role in cooling down our brains.

2. Penguins Used to Be 6 Feet Tall

Those tiny tuxedo birds we know and love today used to be the size of a high school linebacker. According to a 2017 report published in Nature Communications, there’s evidence that extinct Kumimanu biceae penguins once stood close to 6 feet tall and weighed over 200 pounds. And for more crazy truth bombs, here are the 40 Lies Everyone Tells on a Daily Basis.

The Facebook founder suffers from red-green colorblindness, and blue is the color he can see best.

4. Picasso Was a Suspect in the Mona Lisa Theft

When da Vinci’s masterpiece was stolen in 1911, 30-year-old Pablo Picasso was questioned about its disappearance before being cleared as a suspect.

5. Male Monkeys Will Pay to Look at Female Monkeys

Researchers at Duke University Medical Center have discovered that male rhesus macaques will pay—that is, give up their “juice rewards”—to check out the backsides of lady macaques. True story! And for fun trivia, here are 30 Things Americans Do That Foreigners Find Super Weird.

According to research published in Images in Paediatric Cardiology, pacemakers in the 1950s required patients to be hooked up to wall sockets. Yes, we’ve come a long way. If you don’t believe us, check out What a “Diet” Looked Like 100 Years Ago.

7. Fleas Are Among the World’s Best Jumpers

Take that, Olympians! Fleas use their toes and shins to jump, according to researchers at the University of Cambridge, which accounts for why they can spring up to seven vertical inches, more than 80 times their height.

8. Horseshoe Crabs Have Eyes All Over Their Bodies

Horseshoe crabs have 10 eyes in total, including ones near their mouth, on the top of their shell, and down their tail. And for more mind-blowing knowledge, here are 20 Facts You Never Knew About Your Own Body.

While the mild-mannered weatherman and the rock star may have drastically different demeanors, they’re actually pretty closely related. Roker and Kravitz share a great-great-grandfather.

According to research conducted by the British Cheese Board, no study subjects reported having nightmares after eating cheese, but blue cheese consumption had a tendency to make dreams a bit odd. And if you want to rest easy tonight, the 20 Nighttime Habits Guaranteed to Help You Sleep Better will help you hit the hay.