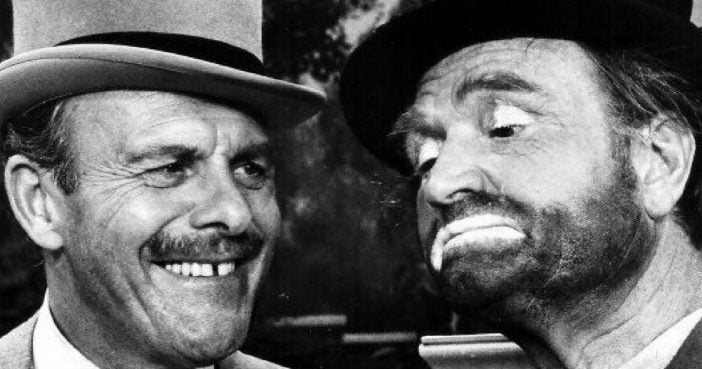 With the right partner, life is one long vacation. Sure, you have your share of fights and tears and misunderstandings, but laughing it all away is the key to a long-lasting marriage. And who knows this better than Red Skelton?

His take on marriage was completely unique and hilarious. It’s a pity the new generation doesn’t get a taste of his pure, unadulterated humor. Lucky you folks who actually saw him entertain and perform. But, worry not. Here’s a nostalgic ride through time with Red Skelton’s funniest quips. 1. “Two times a week we go to a nice restaurant, have a little beverage, good food and companionship. She goes on Tuesdays; I go on Fridays.”

2. “We also sleep in separate beds. Hers is in California, and mine is in Texas.”

3. “I take my wife everywhere, but she keeps finding her way back.”

4. “I asked my wife where she wanted to go for our anniversary. She said… ‘Somewhere I haven’t been in a long time!’ So I suggested the kitchen.”

6. “She has an electric blender, electric toaster, and electric bread maker. She said ‘There are too many gadgets, and no place to sit down!’ So I bought her an electric chair.”

7. “My wife told me the car wasn’t running well because there was water in the carburetor. I asked where the car was. She told me, ‘In the lake.'” 10. “Remember: Marriage is the number one cause of divorce.”

11. “I married Miss Right. I just didn’t know her first name was Always.”

Aren’t we missing out on humor of this kind? Next time you find yourself in a marital brawl, just remember one of these lines from Red Skelton and laugh it off!