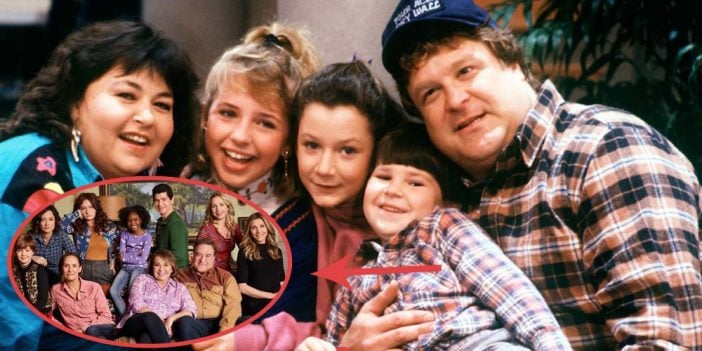 The Conners were never apologetic when we first met them, and there aren’t now, either.

For nine seasons, Roseanne broke ground in what a network sitcom could portray. Its working-class family, struggling to get by, and in-your-face humor felt revolutionary in 1988.

ABC’s Roseanne revival (premiering with back-to-back episodes on Tuesday, March 27, at 8/7c) is pretty fantastic. In fact, the second episode — which largely revolves around Roseanne and Dan coming to terms with gender-fluid grandson Mark’s bold fashion choices — ranks among the show’s best ever. Brimming with acid-tinged one-liners, delivered by deeply flawed characters who are just trying to do the right thing, the smart, bold and riotous half-hour serves as a glorious reminder of why the original Roseanne was a groundbreaking TV phenomenon in the first place.

And yes, it involves the Donald Trump of it all. The crux of the mostly strong premiere episode rests on the premise that Roseanne Conner not only voted for 45 but continues to stand by her decision despite what has transpired during his first year-plus in office. Simply put, that’s not the Roseanne Conner we came to know over nine seasons. And this isn’t about politics; it’s about continuity. Roseanne — a character who over the course of the show’s original run fought for the underdog, railed against racism, embraced the LGBT community (heck, she went to first base with Mariel Hemingway!) and supported women’s rights — aligning herself with a man who referred to Mexicans as rapists just doesn’t ring true. And her defense to liberal sister Jackie that she voted for him because he’d “promised jobs” might’ve worked had she expressed some inner conflict about his poor track record on social issues. At the very least, Jackie could’ve called her out on her hypocrisy.

This character discontinuity is especially glaring in the aforementioned Episode 2. The sight of Roseanne storming Mark’s classroom and warning the kids to refrain from bullying her grandson should’ve been a rousing moment. But, since only an episode earlier she’d been steadfastly supporting Trump, it feels muted, robbed of (at least some of) its power. I can’t fathom why the show didn’t have Jackie — someone, anyone! — point out that the very bullies Roseanne was standing up to had likely been emboldened by Trump’s transphobic rhetoric. (You’ll recall that, despite having no evidence to support the claim, he suggested that trans troops were a “burden” to the U.S. military.)

So how much you enjoy Roseanne‘s return will probably depend a great deal on how well you’re able to overlook that Trump Plaza-sized continuity gaffe. I largely managed to do that, which speaks volumes about the strength of these new episodes (only two of which I’ve seen). The cast brought its “A” game; Barr and Goodman quite remarkably settle into their old-married-couple shtick like they never took a break; Oscar nominee Laurie Metcalf remains a scene-stealing force of nature as the forever unhinged Jackie; and Sara Gilbert does some of the finest work of her career as Darlene, particularly in — sorry to sound like a broken record — the second episode.

The series premiere of the Roseanne revival is going to score big. That seems like a sure bet.

It’s going to score big because everyone is going to want to see how the whole thing turned out. The real question is, can the series hold on to that audience and the answer is… maybe.

The best example to compare the series premiere to is the season nine premiere of Two and a Half Men that featured the “exit” of Charlie Sheen and the introduction of Ashton Kutcher.

That premiere raked in a massive 28.74 million live viewers all because people wanted to see what became of the Sheen-less version. After that, the ratings went right back to what they used to be.

The difference for Roseanne is there no longer is a “used to be.” The show is going to have live on its nostalgia factor and it’s unclear how long that will last.

Previous article: I am a Container with no Sides and no Lid, Yet a Golden Treasure Lies Inside Me
Next Post: 20 Of The Best And Worst Items To Buy At Dollar Tree