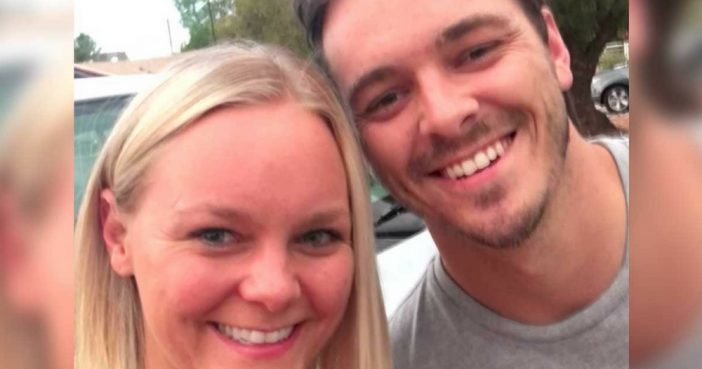 It’s easy to get wrapped up on work and everyday issues that we all have to deal with, and forget that the most important thing is having people in your life who will always be there for you no matter what.

Most often than not, those people are your family members, your brothers, and sisters with whom you have an unbreakable connection. We forget how lucky we are to have these people in our lives.

Those who aren’t as lucky are the ones who appreciate how valuable this is in life. People like Christina Housel. You see, Christina was adopted as a little girl and spent her entire life not knowing anything about who her birth parents were and whether she had any siblings or not.

However, after having children herself, Christina decided to try and find out more about her birth mother and the rest of her natural family.

In June 2017, Christina Housel, who was adopted when she was a girl, got the shock of her life.

In a most unexpected turn of events, she discovered that she had a biological brother she’d never known about.

Christina, who grew up in Washington, became curious about her biological family shortly after she became a mother and began to investigate her past.

So she went online and just a few clicks later, she came across the picture of a young man named Lyles James Berryman from Arizona. The two had very similar features, especially when it came to their noses. As soon as he saw a photo of Christina, he knew she was his biological sister.

Although he was skeptical, one piece of evidence won him over: a photograph of Christina in her naval uniform. Lyle looked at the photo, and the resemblance was undeniable. This was indeed his sister.

He was her brother, and although still a bit skeptical, he finally agreed to meet her.

Page Page 1 of 3
Previous article: 40 Common Cooking Mistakes You May Be Making And How To Fix Them
Next Post: 20 Stars Who Insured Body Parts For Ridiculous Amounts Of Money