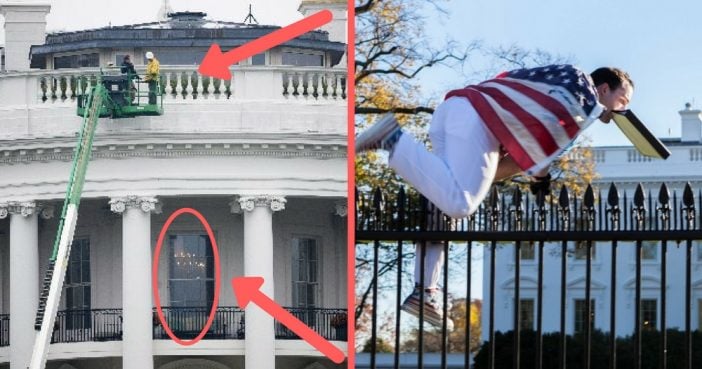 The Residence, by Kate Anderson Brower, is an extraordinary portrait of the butlers, maids, plumbers, and chefs who run the “home” half of the White House. The book is crafted from over 100 interviews and takes readers to the tragic day Jackie Kennedy returned home in a blood-soaked dress, what Richard Nixon did after resigning, and what it’s like to walk in on naked presidents. The result is a mesmerizing history of America from the service staff’s heretofore untold point of view. A comprehensive list of the fascinating details revealed by Brower would require reprinting the book in its entirety; here’s a tiny sampling of things we learned from The Residence.

1. It takes a large staff to care for the White House.

The White House is bigger than you think. Within the building, according to Brower, “132 rooms, 147 windows, 28 fireplaces, 8 staircases, and 3 elevators are spread across the 6 floors—plus two hidden mezzanine levels—all tucked within what appears to be a three-story building.” Ninety-six people work full-time in the residence, and there are another 250 part-time employees. Among the jobs they do: butler, maid, chef, plumber, doorman, and florist. The second and third floors of the White House make up the residence.

2. “Devotion” is the service staff’s watchword.

Members of the service staff pride themselves on being able to melt into the walls, remaining simultaneously attentive and unobtrusive. Things like bed turndown vacuumed the carpet and painted walls happen as if by magic, carefully choreographed around the first family’s schedule. World-class parties can be thrown at a moment’s notice. A shirt removed when the president steps into the shower have vanished for laundering by the time he gets out.

The job is in many ways a calling, and devotion is required to be a successful member of the service staff. World events drive the daily schedule, and one supervisor reported working 1000 hours of overtime a year. According to a former White House executive chef, “You work for the same people every day, you don’t have any personal life, family, social life, you work what we used to call ‘White House flex time’—that is, you choose any eighty-five hours you want to work each week.”

Members of the service staff guard fiercely the privacy of the first family. Without the family’s trust, it would be impossible for members of the service staff to do their jobs effectively. Working in such intimate conditions sometimes leads to embarrassing moments. One usher once had to interrupt President Reagan’s shower to deliver an urgent message. “All he had on was a skim of water!” he said. Later that evening, the same usher had to deliver another message to the president. He knocked on the bedroom door and announced that he had a package for the president. Nancy Reagan told him to come in. He entered the bedroom just as the president, wearing nothing but underwear, was walking out of the dressing room. “Oh Ronnie,” said the first lady, “you could at least put on a robe.” Responded the president: “Don’t worry about it. He’s already seen me naked once today. We’re old friends.”

4. Open positions are not advertised.

Don’t bother checking the classified ads for job openings. Available positions on the White House residential staff are filled by word of mouth, with employees bringing in, and vouching for, new hires. Multiple generations of families sometimes work in “the house,” as they call it, and employees generally stay on for decades.