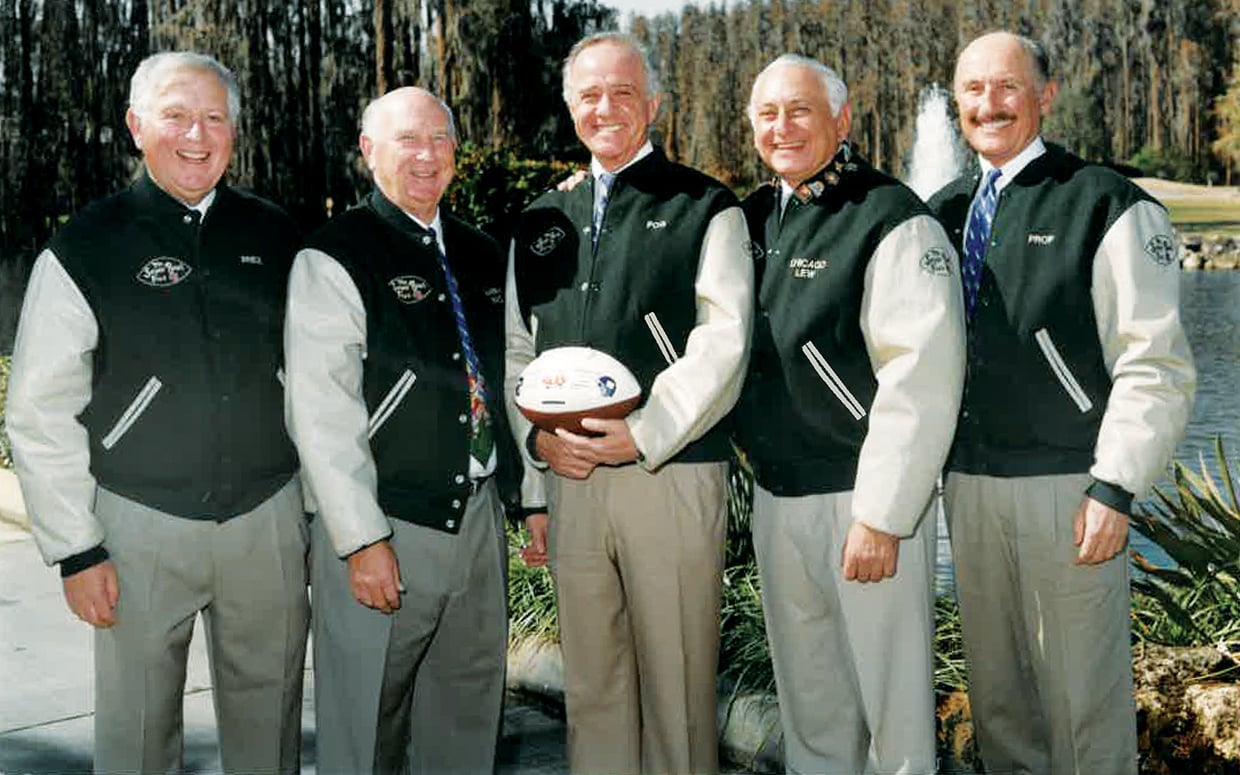 With Super Bowl LII just around the corner, a crew of lifelong friends will be making their annual trip to watch the game in person — just as they have done for the last 51 years.

The five men – Sylvan Schefler, Lew Rappaport, Al Schragis, Larry McDonald, and Harvey Rothenberg who range in age from their late 70s to early 80s, began their annual tradition when the Super Bowl wasn’t even called that; back in 1967, it was simply known as the AFL-NFL World Championship Game.

That inaugural game, between the Green Bay Packers and the Kansas City Chiefs, is now known as Super Bowl I, and it marked the start of a long tradition that has spanned nearly half a century.

How it all began: Harvey Rothenberg, Larry McDonald, Lew Rappaport, Al Schragis and Sylvan Schefler are pictured at the very first Super Bowl in 1967 in Los Angeles.

Year 2: The group had such a good time at the inaugural game they decided to organize a repeat trip the following year, in 1968.

Five friends: The group have branded jackets and have become well known among Super Bowl circles.

Through thick and thin: The group have never missed a single game in the entire time the Superbowl has run.

In 1967, the five flew to Los Angeles to buy their tickets for the game, which retailed for just $10, and when they arrived at the stadium, it was less than half full.

As for the game itself, Vince Lombardi’s Green Bay Packers beat the Kansas City Chiefs 35-10 in front of 61,946 fans, and the furiously-fought sporting competition was enough to draw them in as fans for life.

Although the group admit that they never set out to keep up the tradition for so long, they are eager to keep enjoying it for as long as possible.

‘Nothing is forever,’ Sylvan told the Today show. ‘We all understand that. But we’ve been blessed to have had the opportunity to say this is 50 years.’

Honored: This year, the NFL is going to be honoring the group at the game for their remarkable acvhievement.

Same jacket, different year: Five years into the tradition the friends always made time for a meet up.