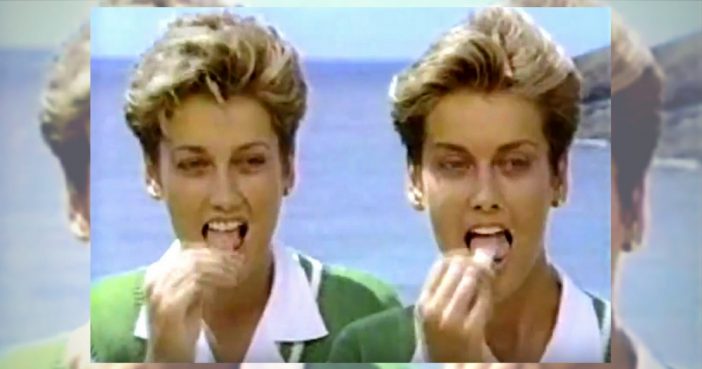 Those iconic Doublemint gum commercials featured several different sets of twins over the years, but Linda Ryan Puffer and Lisa Winters Cox had the longest run of all. The Illinois natives starred as the famed Doublemint Twins in a series of spots that ran from 1985 to 1995, each one featuring the women as lighthearted, laughing sisters always having fun.

But away from the camera, something darker was brewing.

As Linda and Lisa tell “Oprah: Where Are They Now?”, their relationship became quite complicated after the Doublemint commercials stopped airing and the two began living within six miles of each other in Atlanta.

“We had a bump in the road in our relationship,” Linda says. “There’s an inherent competition you can’t get away from because when people try to compare you to objects, they’re going to try to find differences.”

In Linda’s mind, those differences reflected Lisa in a better light. “She’s the prettier one, she’s the smarter one,” Linda says. “I basically had a personal crisis. I dealt with a bout of anxiety that was debilitating.”

This dark period soon overtook the women’s relationship as sisters.

For Lisa, the change in their relationship became painful as well. “If felt like rejection,” she says, still emotional. “It just formed a wall between us. It was really hard.”

But Lisa couldn’t watch her sister sink any lower and decided she was going to be there for Linda ― literally. “Nothing felt good, but Lisa glued herself to me. She came and sat on the couch with me, laid on the bed with me,” Linda recalls. “I started having these pockets of light, and this hope. I needed to hear that it will be OK.”

Today, the twins’ relationship is a solid one. They both still live in Atlanta with their respective families and say that they are closer than ever. Through their journeys, they’ve each learned valuable lessons about themselves and about life.

“I’ve learned that you never know what’s going on behind the eyes of someone,” Linda says.

Adds Lisa, “I really trust that God has a purpose in every moment.”

What are your thoughts on this? Let us know in the comments below!

Previous article: The Hard To Pronounce Town In Every Single State
Next Post: 17 Totally Awesome ’90s Fashion Trends That You Forgot About