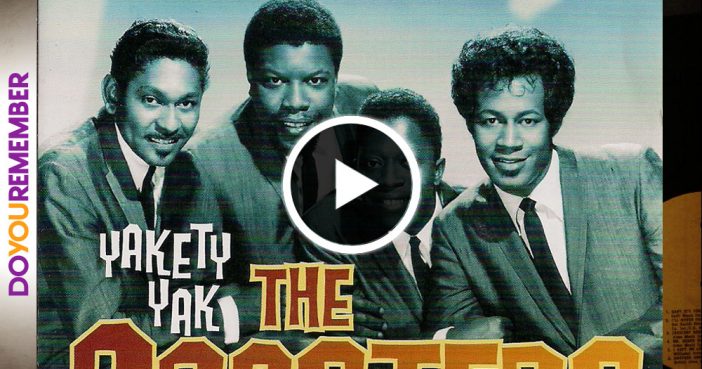 “Yakety Yak” is a song written, produced, and arranged by Jerry Leiber and Mike Stoller for The Coasters. Released on Atlantic Records in 1958, the song spent seven weeks as #1 on the R&B charts and a week as number one on the Top 100 pop list.

This song was one of a string of singles released by The Coasters between 1957 and 1959 that dominated the charts and made the group one of the biggest performing acts of the rock and roll era.

The lyrics describe the listing of household chores to a kid, presumably a teenager, the teenager’s response (“yakety yak”) and the parents’ retort (“don’t talk back”) — an experience very familiar to a middle-class teenager of the day. Leiber has said the Coasters portrayed “a white kid’s view of a black person’s conception of white society”. The group openly “theatrical” in style—never pretended to be expressing their own experience, especially when one considers the songs threatened punishment for not taking out the garbage and sweeping the floor was…

“You ain’t gonna rock and roll no more,”

Because as we all remember The Coasters went on to become one of the biggest performing acts of the rock and roll era and their music is still known to this day by various generations of teens, parents and rock and roll fans alike.

Don’t you give me no dirty looks
Your father’s hip, he knows what cooks
Just tell your hoodlum friend outside
You ain’t got time to take a ride
Yakety yak (Don’t talk back)

Previous article: Book Mobiles: Bringing the Library to You
Next Post: Guess What? 60