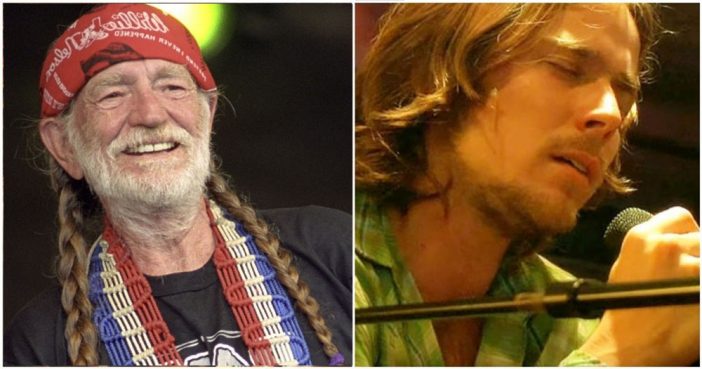 In an unexpected performance during a late-night “jam session,” Willie Nelson’s son Lukas takes over the microphone and croons an incredible rendition of his father’s song, “Always On My Mind.” It’s obvious that the apple didn’t fall far from the tear with these talented men!

Many people don’t know that Lukas Nelson is deep into the music scene – just like his father! The talented man is part of a group called “Lukas Nelson & Promise of the Real.” He and the group tour the country regularly and share their rock music with the masses. Over 150,000 fans like their official Facebook page, so it’s clear to see they have a dedicated following! With a voice like Lukas’, it’s no wonder why so many people enjoy their music!

But without the backup for his band, this performance of “Always On My Mind” is all Lukas and it’s absolutely stunning. His soulful voice is enough to turn even the toughest music critic into a full-fledged fan!

Even though the original version of the song was released 35 years ago, it still has a way of moving the people listening to it – especially in a live performance like Lukas gave! Listen to his intimate performance with friends for yourself by pressing “play” on the video below!

Have you seen this?? Loretta Lynn and Willie Nelson released a breathtaking video that every true country fan must see!