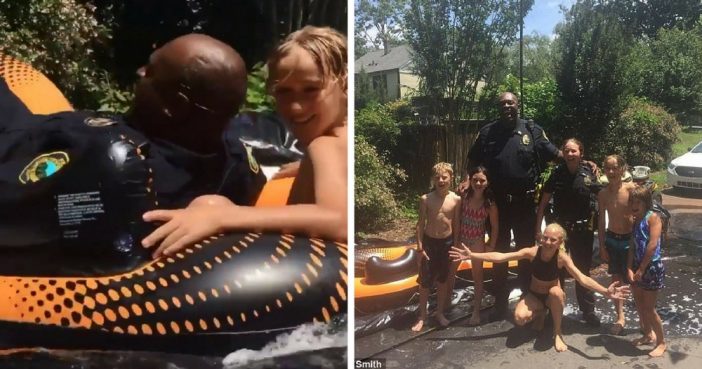 The fourth of July is a time for outdoor fun! Picnics, boating, bike rides, and even slip’n slide fun in the year. But have you ever heard of an illegal slip’n slide? What? The police in Asheville, NC got a call about the giant slip’n slide that was reportedly blocking a road on July 4th.

The town was just starting to enjoy the festivities – well, except for one Scrooge who called the police to report his/her fellow residents. The caller claimed they were making too much noise and blocking traffic.

The police arrived and really didn’t see that there was much of a problem with what they people were doing – and instead of writing citations or shutting down the fun – the police joined in!

Kateln Joyce Smith was shocked when one of the female officers asked for a garbage bag instead of reaching for her ticket book.