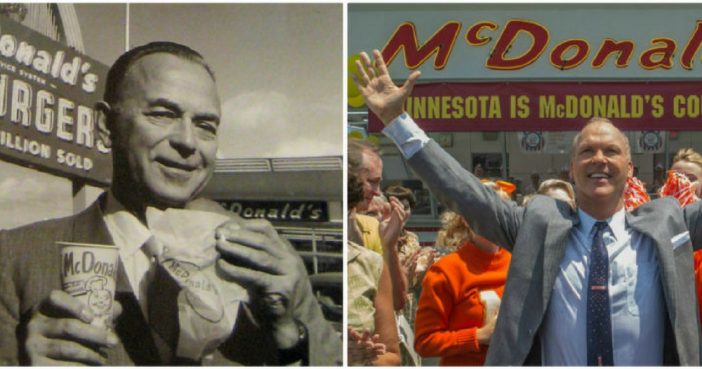 Film narratives don’t always reflect real life at all, but when they do they can provide a powerful means to tell true stories. Sadness is a powerful emotion, and tragedy is a rich source of inspiration. No matter how affecting the film might be, though, sometimes the actual facts are even more potent. Many of the most tear-inducing films ever made were based – at least in part – on fact, but in these cases, the true story is even more upsetting.

Goodfellas is a fictional version of the story of New York city mobster Henry Hill and his association with the Lucchese crime family. He worked with them between the years 1955 and 1980, until he became an informant to the FBI in 1980. His testimonies allowed the FBI to capture and secure some 50 convictions. Several of these included key figures of the mob, which include Paul Vario and James Burke. The film is based on the book called Wiseguy: Life in a Mafia Family.

The People vs. O.J. Simpson recounts the story of the famous criminal trial O.J. Simpson faced for the murder of his wife Nicole Brown and Ron Goldman. After Simpson became a person of interest and failed to turn himself into the authorities, he was a part of a famously televised car chase, which even interrupted coverage of the 1994 NBA Finals. After he was arrested, he was put on trial in what is considered the “Trial of the Century.” Simpson was found “not guilty” of the murders. Robert Kardashian was one of his lawyers.

Johnny Depp starred in Black Mass as Whitey Bulger, a former organized crime boss who was in charge of the Boston-based Winter Hill Gang. Bulger controlled the majority of the organized crime in South Boston but was challenged by a rival gang, the North End Angiulo Brothers. The FBI claims that Bulger worked as an informant for them, but he had consistently denied this. The FBI frequently turned a blind eye to his organization’s crimes in exchange for information about the Italian-American crime family Patriarca. He was eventually arrested at age 81 and is serving life in jail for his crimes.

5. The Wolf Of Wall Street

Leonardo DiCaprio portrays Jordan Belfort in The Wolf of Wall Street, which chronicled Belfort’s life story. After being found guilty of committing fraud as well as several other crimes related to stock-market manipulation, Belfort was sentenced to prison and served a 22-month sentence before being released. After his time spent in jail, Belfort decided to write about his story and thus wrote two memoirs: The Wolf of Wall Street and Catching the Wolf of Wall Street. He also works as a motivational speaker now.

The 2014 film Big Eyes chronicles the life of artist Margaret Keane, who is known for her work that portrayed subjects with exceptionally large eyes. Her drawings and paintings are mostly of women, children, and animals and incorporate mixed media. Here is an incredible story due to the fact that her husband Walter Keane began taking credit for her work throughout the 1960’s until she announced on a radio show that she was the real artist behind the work. She sued her then ex-husband and was finally given the recognition for her work after winning the case.

The biographical film starring Julia Roberts as Erin Brockovich tells the story of Brockovich and her fight against Pacific Gas and Electric Company (PG&E) as a result of contaminated drinking water caused by waste from PG&E going into the area near the water plant. The case was settled in 1996 for $333 million – the largest settlement in U.S. history. According to Brockovich, the film was 98% accurate, but some critics claim that there were a lot of minor changes made to the real story.

The Revenant is a 2015 film based on the true life of Hugh Glass who was a hunter, frontiersman, trader, and explorer who was mauled by a grizzly bear and then left behind by his companions. Although his story has been disputed due to the lack of written evidence, the story is that he crawled his way over 200 miles to South Dakota and has become somewhat of a legend.

The ship hit an iceberg during its voyage that was meant to go from Southampton to New York City. There were 2224 crew members and passengers on board, and of those, 1500 people died due to the shipwreck. The disaster is considered one of the deadliest! Many of the characters in the film were based on real people.

Joy is a film that is loosely based on the life of Joy Mangano, who is an inventor, entrepreneur, and businesswoman. She is known for inventing the Miracle Mop. The invention grew to become wildly successful and in 1999, she sold the company to the Home Shopping Network. By 2000, the company was selling $10 million worth of the mops. She later released other inventions that include Huggable Hangers and Forever Fragrant.

Page Page 1 of 4
Previous article: 2018 McDonald’s Brings Back Dollar Menu… Well, Sort Of
Next Post: 18 Vintage Photos of People Having Fun in the Snow