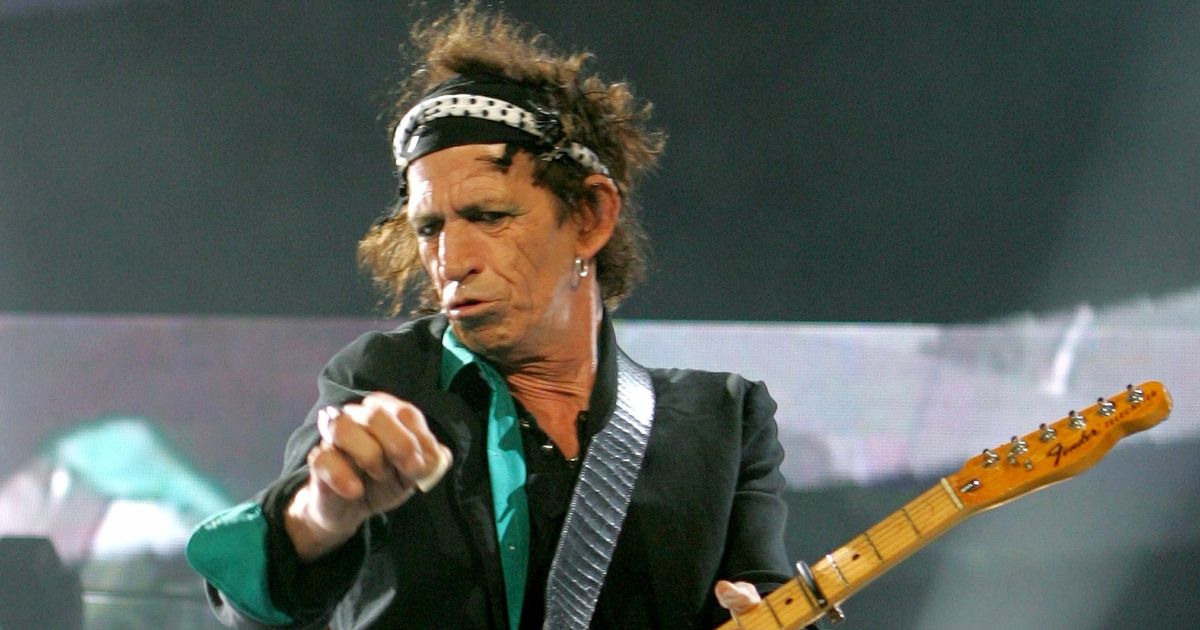 The legendary Keith Richards turns 74 today (born December 18, 1943)  So, how do you celebrate one of rock’s biggest icons? Counting down a handful of reasons why he’s earned “immortal” status is a great place to start.  Here are five reasons why we think Keith Richards is immortal…besides somehow still being alive in spite of all his wild past.

In 2015, Keith said a number of wild things, from calling The Beatles’ Sgt. Pepper’s Lonely Hearts Club Band “rubbish” and referring to Black Sabbath and Metallica as “great jokes.”  Regardless if he said those things simply to get attention during the lead-up to his solo album Crosseyed Heart, one thing’s for sure:  He clearly doesn’t give a damn, and we love him for it.

On The Rolling Stones’ Zip Code Tour, Keith took a tumble during a July 4th show in Indianapolis and cracked a rib.  Keith said, “I thought, ‘Sh*t if I let them know how much I’m hurting, the doctors and the insurance companies will be like, ‘Cancel the next gigs.  F*ck it.  I’ll live with it.  After 50 years on the stage, you’re going to fall over occasionally and take a knock.”

From the way he tells a story to what he wears, Keith is just one cool mofo.  What proof?  Listen to the answer he gives to Jimmy Fallon about why he wears his Courts and Hackett skull ring and chain cuff bracelet.

If you haven’t watched Keith Richards: Under the Influence yet, shame on you!  There are many stories shared in this incredible film, but the biggest takeaway is Keith’s passion for what he does.  He loves music, and he loves to perform.  To see that that fire still burns bright after his decades-long career is nothing short of inspiring.  Whether you want to watch this film under the influence is up to you.  We won’t judge you, and we doubt Keith would either.

1.  He’s responsible for some of rock’s greatest songs/riffs.

While all of the stories of rock and roll excess are incredibly fascinating, make no mistake that at the end of the day, it’s the music Keith has helped create that makes him the force his is.  For over 50 years, the world has had the pleasure taking in all of that incredible music, and long after he’s gone physically, he will continue to live on through the stellar catalog beloved by the masses.

(Source: WROR) Written by: Erica Banas is a rock/classic rock blogger. The first man she ever loved was Jack Daniel.  (True story.)