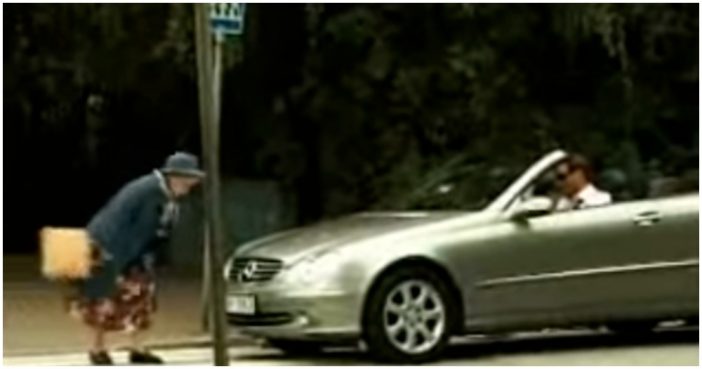 It was like any other normal day when two skateboarders decided to film their moves. But before they were half-way through, something unfolded that left them quite in splits. Captured in their video, is an old lady who is doing nothing but crossing a road. Just then, a very impatient and arrogant driver speeds up to her. The driver did not realize it then, but he was in for a fine life lesson. The man in the fancy car was in no mood to let her cross the road like a normal pedestrian. He began honking and accelerating the engine. But, the grandmother was not the one to take it hands down. Watch in the video below how she tactfully handled this rude man. Her response was hilarious.

The man has probably realized that one day, he’s going to be in her place. This old lady owned the day. She taught him a lesson he wont forget and also gave us some food for thought – not to take insults silently. Take matters in your hands and serve your own justice. Also, respect the elders.

Previous article: 20 Family Members That Look Like Exactly Alike, But Are Actually Separated By Decades
Next Post: In 1946, A Model Slipped Into World’s First Skimpy Cut Bikini, Causing Instant Scandal