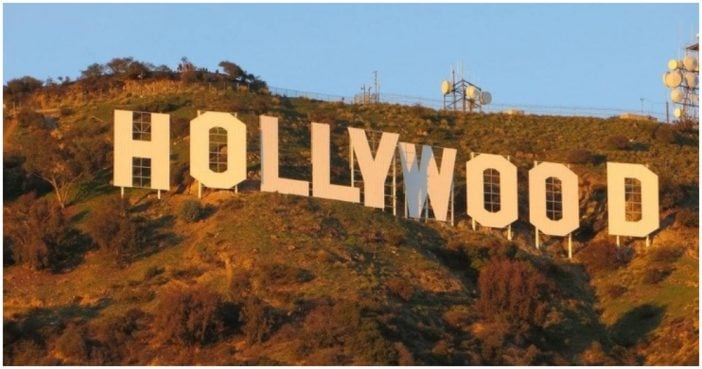 When you think of Hollywood, you might think of Humphrey Bogart gazing into Ingrid Bergman’s eyes in Casablanca. You might imagine Cary Grant tooling around the foothills in his 1929 Caddy, or Marilyn Monroe with her pouty lips and swirling white skirt in Some Like it Hot. Or maybe you think of the modern Hollywood, with starlets toting around miniature canines inexpensive handbags and reality TV stars giving interviews on the Tonight Show with Jay Leno.

No matter what comes to mind, the Hollywood sign stands sentinel over all of it, an icon that stands for the glamour, optimism, and grandeur that has defined Hollywood since its creation. Here are 8 facts you might not know about the Hollywood sign.

1. The Hollywood sign is only slightly younger than the district itself.

Harvey and Daeida Wilcox founded Hollywood in 1887 as a community for like-minded followers of the temperance movement. No one knows for sure why they chose that name. One theory is that Daeida met a woman on a train with a summer home called Hollywood. Alternatively, it may have been a reference to the area’s abundant toyon, a red-berried shrub also known as California holly. Either way, Hollywood was incorporated as a municipality in 1903 and merged with Los Angeles in 1910, the year before the first film studio moved there.

By 1923 Los Angeles Times publisher Harry Chandler had decided to invest in an upscale real-estate development called Hollywoodland, which capitalized on the growing recognition of Hollywood as a movie-industry mecca. In order to promote the project, Chandler and his partners put up $21,000 (over $250,000 in today’s money) for 45-foot-high white block letters that were anchored to telephone poles and illuminated by 4,000 light bulbs. At night the billboard flashed in four stages: “Holly,” then “Wood,” than “Land” and then the entire word, “Hollywoodland.” Newspaper articles from the time show that the sign was completed in 1923; however, the exact date is disputed.

3. A struggling actress took her life there.

Although the Hollywood sign symbolizes glamour and stardom, it can also represent broken dreams. In spring 1932 stage actress Peg Entwistle moved from New York City to Los Angeles to try her luck with movies. Soon after she received a part in a murder-mystery film, but the studio reportedly did not renew the option on her contract upon its completion. That September the 24-year-old allegedly climbed a ladder to the “H” on the Hollywoodland sign and jumped off. Her body was later discovered in a ravine downhill. Various newspapers cited her failing acting career as the reason she killed herself. Ironically, a letter had been mailed to her just before her death offering her the lead role in a play about a young woman who commits suicide.

Regular maintenance on the sign stopped when the Hollywoodland real-estate development went under due to the Great Depression. The “H” even toppled over, so that it briefly read “Hollywoodland.” After ownership of the sign passed to the city in the mid-1940s, the L.A. Recreation and Parks Commission apparently wanted it razed. But the Hollywood Chamber of Commerce stepped in, and in 1949 it removed the last four letters and restored the rest.

Page Page 1 of 2
Previous article: 20 Facts About “Gilligan’s Island” That Are Sure To Surprise You!
Next Post: Map Depicts the Deadliest Animals In Each US State