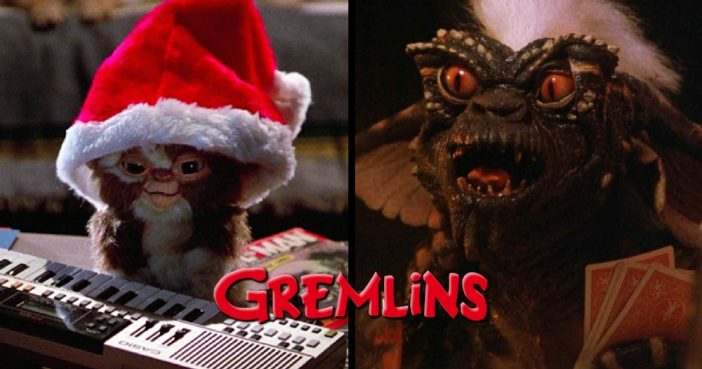 With Christmas time just around the corner, I try to watch movies on TV that are uplifting or funny and bring back some great memories from past Christmas holidays. Unquestionably, one of my favorite holiday rerun movies is “Gremlins.” Gremlins was released in June of 1984 in the U.S. (albeit the original release date had been set for the Christmas season). It became hit with millions of its viewers.

This hilarious movie-with a limited amount of holiday terror added- takes place in an idyllic small town called Kingston Falls-the kind of town nestled away in a quiet area from the hustle and bustle of the big cities. A pre-occupied, aspiring inventor father decides to purchase his son (Billy Peltzer) a one-of-a-kind Christmas gift, which is a doll-like “Furby” creature he purchases in an obscure Chinatown antique store.

The mischievous gremlins themselves, we’re kinda’ scary-looking, and rake havoc and mayhem on this quaint little town. This hit movie also includes the antics of the ever-so-adorable Gizmo, who was the imaginary “Mogwai” star of the movie, along with the town’s characters. (You gotta love the scene when the town’s wicked old lady-Mrs. Deagle-opens the front door and finds the monstrous-looking gremlins singling Christmas carols at her front door.)

Here is a list of fun facts about the movie you may not have known:

1 – The idea of creepy looking Gremlins, were inspired by mice that inhabited Chris Columbus’s (writer and filmmaker) NYC, Manhattan apartment. During the day it wasn’t so bad, but at night these little creatures decided it was time to come out and scurry around in the darkness, which sounded a little creepy. These busy nighttime critters inspired the Gremlins.

2 – Howie Mandel (comedian, actor, TV host and voice actor), is the voice of the adorable “Gizmo.”  Frank Welker, who voiced “Stripe” in Gremlins, suggested he be hired for the role. Frank Welker was also the voice behind a famous cartoon character: Fred from “Scooby-Doo.”.

3 – Actress, Phoebe Cates was considered a controversial casting choice for playing the sweet and innocent character, Kate. Phoebe had previously appeared topless in a scene from the 1982 movie, Fast Times at Ridgemont High…Oops!  She did land the role and was additionally cast in Gremlins 2: The New Batch (1990).

4 – Monkeys were originally thought to play the vicious gremlins. The idea of using monkeys was abandoned quickly when the movie crew found out the monkeys weren’t too happy about wearing rubber gremlin masks.

Page Page 1 of 2
Previous article: How Fast Can You Solve these 3 Riddles?
Next Post: Guess Who the Young Lady Rebel is?