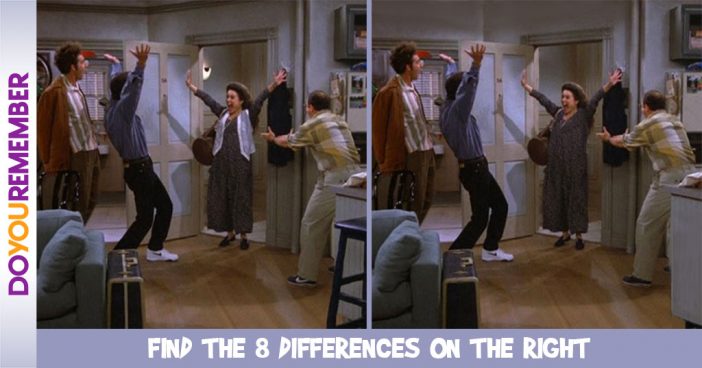 Seinfeld is an American sitcom that originally ran for nine seasons on NBC, from 1989 to 1998. It was created by Larry David and Jerry Seinfeld, the latter starring as a fictionalized version of himself. Set predominantly in an apartment building in Manhattan’s Upper West Side in New York City (although taped entirely in Los Angeles), the show features a handful of Jerry’s friends and acquaintances, particularly best friend George Costanza (Jason Alexander), former girlfriend Elaine Benes (Julia Louis-Dreyfus), and neighbor across the hall Cosmo Kramer (Michael Richards). It is often described as being “a show about nothing”, as many of its episodes are about the minutiae of daily life.

Watch Some of the Funniest Seinfeld Moments

Seinfeld broke several conventions of mainstream TV. It’s often described as being “a show about nothing”. However, Seinfeld in 2014 stated “the pitch for the show, the real pitch, when Larry and I went to NBC in 1988, was we want to show how a comedian gets his material. The show about nothing was just a joke in an episode many years later, and Larry and I to this day are surprised that it caught on as a way that people describe the show, because to us it’s the opposite of that.”

It became the first TV series since Monty Python’s Flying Circus to be widely described as postmodern. Several elements of Seinfeld fit in with a postmodern interpretation.

The show is typically driven by humor interspersed with superficial conflict and characters with peculiar dispositions. Many episodes revolved around the characters’ involvement in the lives of others with typically disastrous results. On the set, the notion that the characters shouldn’t develop or improve throughout the series was expressed as the “no hugging, no learning” rule. Unlike most sitcoms, there are no moments of pathos; the audience is never made to feel sorry for any of the characters. Even Susan’s death elicits no genuine emotions from anybody in the show.

The characters are “thirty-something singles with vague identities, no roots, and conscious indifference to morals.” Usual conventions, like isolating the characters from the actors playing them and separating the characters’ world from that of the actors and audience, were broken. One such example is the story arc where the characters promote a TV sitcom series named Jerry. The show within a show, Jerry, was much like Seinfeld in that it was “about nothing” and Seinfeld played himself. The fictional Jerry was launched in the Season 4 finale, but unlike Seinfeld, it wasn’t picked up as a series. Jerry is one of many examples of metafiction in the show. There are no fewer than twenty-two fictional movies featured, like Rochelle, Rochelle.

1. The Bike’s Wheel is Gone

2. The Suitcase on the Floor is Missing a Stripe

3. The Hallway’s Light is Missing

6. One of the Photos in the Fridge is Missing

7. The Stool is Gone

8. The Crown Molding is Gone