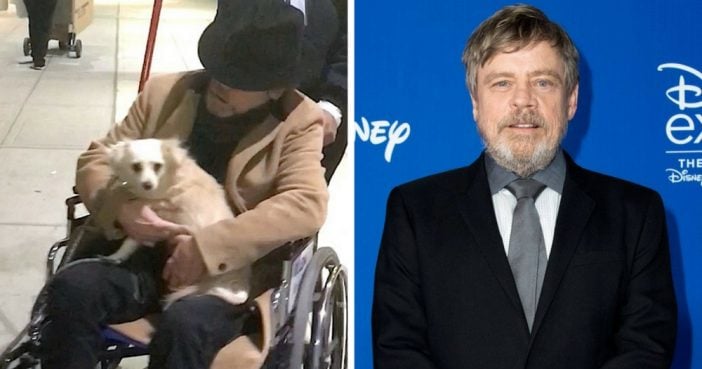 Mark Hamill has responded to worried fans on social media after he was spotted in a wheelchair at a New York airport on Tuesday.

Replying to a fan who asked if he was having health problems, the Star Wars actor wrote that he “tried the old ‘wheelchair trick’” to avoid autograph dealers “who constantly badger” him and his family.

Arriving at the airport at 5 a.m., Hamill was spotted slouched in a wheelchair with a wide-brimmed hat pulled low over his face. He was also carrying his dog on his lap.

Hamill celebrated the pup’s birthday later on Twitter, writing, “We arrived in NYC just in time for the 6th birthday of none other than Millie Grace Hamill! Beloved family pet, world traveler & trusted career advisor.”

We arrived in NYC just in time for the 6th birthday of none other than Millie Grace Hamill! Beloved family pet, world traveler & trusted career advisor. LOVE that PUP🐶!!! ❤️❤️❤️❤️❤️😜🤩#AsSeenInVanityFair #DevineDoggieDiva pic.twitter.com/FqiEfPXBek

The actor seemed to be in good health during an appearance on The Ellen Degeneres Show Tuesday, where he spoke about the death of his Star Wars costar Carrie Fisher.

“She’s like an irreplaceable member of the family, but the whole world feels that way,” Hamill said of Fisher, who died last December at the age of 60. “We are all sort of mourning her. I always think of her in the present tense. I don’t think of her in the past. Any time you were with her it was just fun.”

Hamill also seemed to be healthy and in good spirits while surprising guests at Disneyland just two weeks ago. The actor popped up on the new ride, Star Tours – The Adventures Continue and chatted with fans.