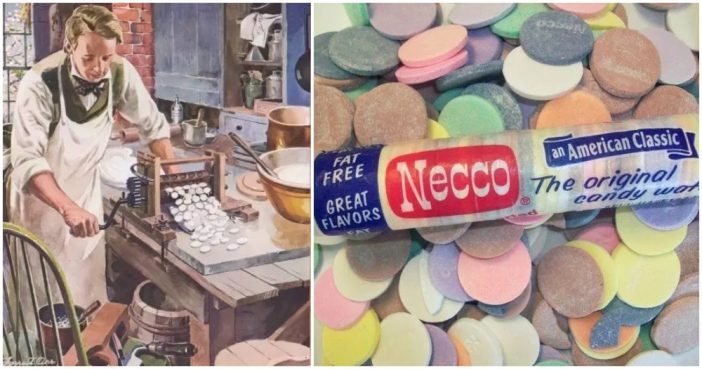 Everyone’s least favorite Halloween candy has been making us miserable since 1847.

1. In 1847, Oliver Chase invented a machine to cut candy wafers, and the abomination called the “hub wafer” was born

People in 1847 thought this candy was DELICIOUS. They couldn’t get enough of the chalky nastiness.

Although the wafer was invented in 1847, the company wasn’t called NECCO until 1901 when the wafer maker merged with 2 other candy companies.

4. In 2009, they changed the recipe to all-natural flavors and colors

They also made the texture softer and less chalky.

5. Since they couldn’t find a good natural lime color, they eliminated Lime

6. Everyone HATED the change, and sales plummeted. They switched back in 2011.

7. They were made in Chicago for a while in the 1800s, but the factory burned in the great Chicago Fire.

Horses and bayonets and NECCO wafers.

9. Admiral Richard Byrd took 2 tons of NECCO wafers on his polar expedition in the ’30s

Since NECCO wafers have an insane shelf life, I guess this is a decent idea. Although the crew probably wished they all would die at sea rather than eat a bunch of NECCO wafers.

10. During WWII, the factory manufactures war materials and NECCO wafers are part of soldiers’ rations