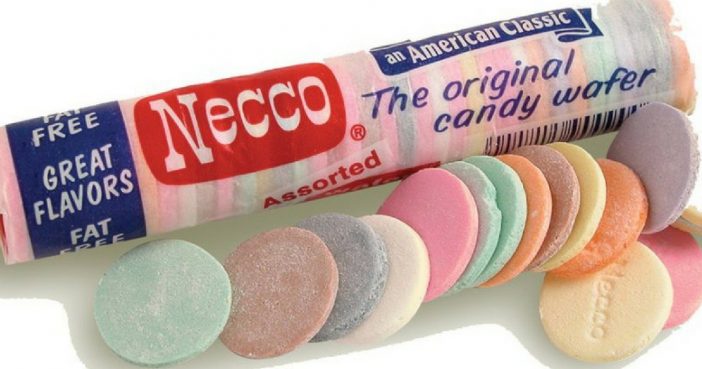 Do you remember receiving a pack of Necco Wafers on Halloween? This famous candy dates to 1847. Oliver Chase, was an English immigrant who invented a lozenge cutting machine with which he produced these wafers. During the Civil War, these candies were known as “hub wafers” and they were carried in the pockets of Union soldiers. In 1901, Oliver Chase merged with two other franchisers to incorporate the New England Confectionery Company. By 1912 the wafers were being advertised as “Necco Wafers”, a name they still carry today. Here are some facts you never knew about the historical candy!

Do you know of any other fun facts about America’s oldest candy? Tell us in the comments section below!

Previous article: Friday’s Nostalgic News: May 12
Next Post: The Forgotten Characters Of The Peanut Universe