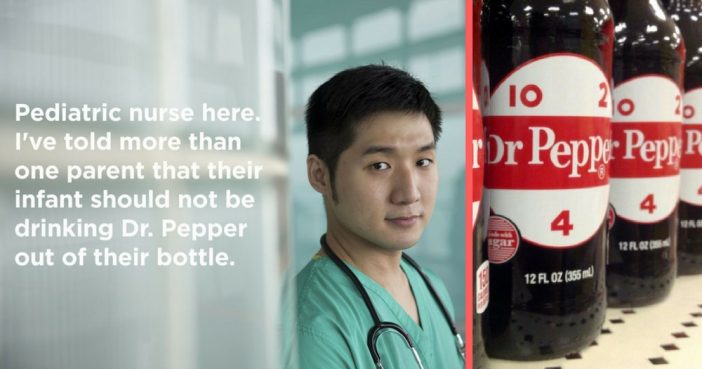 Medical doctors usually don’t have the luxury of being able to pick and choose their patients. As a result, they often end up meeting a wide variety of people on a daily basis.

This doesn’t just mean creating a whole spectrum of different ailments and symptoms or meeting people of different walks of life. To put it bluntly: some patients just aren’t going to be as smart as others.

Without violating doctor-patient confidentiality, it must be difficult for doctors to resist telling the most hilariously absurd stories of clueless or ignorant patients. Here are just some Redditors’ stories of the dumbest patients that doctors and other medical professionals ever met!

1. “Just because it says ‘contains vegetable extracts’ on the side of it, a can of coke does not count as one of your five a day.”—TJWasps

Come on, buddy, did you really think there was anything remotely healthy about soda?

2. “Have had to inform a few male patients that the condom only goes on the shaft and should not be pulled down to include coverage of the testicles.”—Mr_TedBundy

Besides being stupid, that sounds incredibly painful!

3. “After putting a few stitches in a middle-aged guy’s scalp, the family asked if he was OK. The attending joked that his brain was still inside. The family were stunned by this news. I, the medical student, spent the next half hour informing the family that the brain was inside the skull and that a person couldn’t live without one.”—Jrj84105

“They thought that the ‘brain’ was just a turn of phrase to reflect a person’s common sense rather than an actual organ. Sort of the same as what they thought about the ‘heart.’”

4. “My dad is a family doctor in the states. A woman came in for a well baby check with her 6-month-old and she had what looked like chocolate milk in the baby’s bottle.”—Skichester

“So he started explaining to her as kindly as he could that she shouldn’t be giving her baby chocolate milk at which point she interrupts him and says ‘oh that isn’t chocolate milk. It’s coffee! He just loves it!’”

5. “Pediatric nurse here. I’ve told more than one parent that their infant should not be drinking Dr. Pepper out of their bottle (or any other vessel for that matter).”—MrsScurt

Perhaps this woman was bottle-fed Dr. Pepper as a baby herself!

Page Page 1 of 2
Previous article: The Symbolism Behind Oreo Cookies Design
Next Post: Guess Who this Adorable Boy Became?