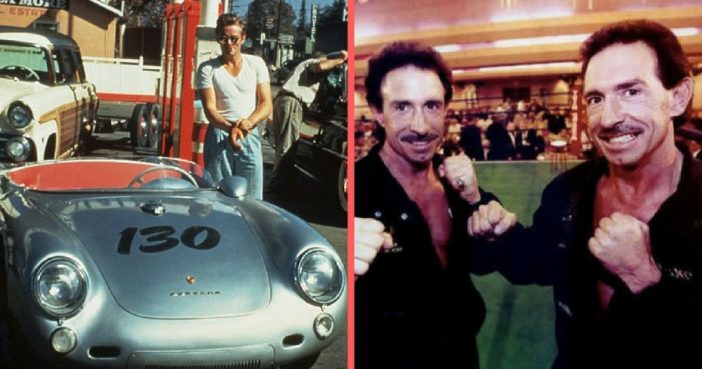 Sometimes things happen that are beyond our control… they defy explanation.Just like these strange coincidences you’re about to read below.

Like a great mystery novel, these stories below are quite chilling, and they cover real-life coincidences that you won’t believe are actually true.

“In the 19th century, the famous horror writer, Edgar Allan Poe, wrote a book called ‘The narrative of Arthur Gordon Pym’. It was about four survivors of a shipwreck who were in an open boat for many days before they decided to kill and eat the cabin boy whose name was Richard Parker.

“Some years later, in 1884, the yawl, Mignonette, foundered, with only four survivors, who were in an open boat for many days. Eventually, the three senior members of the crew, killed and ate the cabin boy. The name of the cabin boy was Richard Parker.

The twin boys were separated at birth, being adopted by different families. Unknown to each other, both families named the boys James.

“And here the coincidences just begin. Both James grew up not even knowing of the other, yet both sought law-enforcement training, both had abilities in mechanical drawing and carpentry, and each had married women named Linda. They both had sons whom one named James Alan and the other named James Allan.

“The twin brothers also divorced their wives and married other women – both named Betty. And they both owned dogs which they named Toy. Forty years after their childhood separation, the two men were reunited to share their amazingly similar lives.”

3. A bullet that reached its destiny years later

“Henry Ziegland thought he had dodged fate. In 1883, he broke off a relationship with his girlfriend who, out of distress, committed suicide.

The girl’s brother was so enraged that he hunted down Ziegland and shot him. The brother, believing he had killed Ziegland, then turned his gun on himself.

“But Ziegland had not been killed. The bullet, in fact, had only grazed his face and then lodged in a tree. Ziegland surely thought himself a lucky man.

Some years later, however, Ziegland decided to cut down the large tree, which still had the bullet in it. The task seemed so formidable that he decided to blow it up with a few sticks of dynamite. The explosion propelled the bullet into Ziegland’s head, killing him.”

Source: Ripley’s Believe It or Not!

In September 1955, James Dean was killed in a horrific car accident whilst he was driving his Porsche sports car. After the crash, the car was seen as very unlucky. Here are some reasons why:

5. Poker winnings, to the unsuspected son

“In 1858, Robert Fallon was shot dead, an act of vengeance by those with whom he was playing poker.

Fallon, they claimed, had won the $600 pot through cheating. With Fallon’s seat empty and none of the other players willing to take the now-unlucky $600, they found a new player to take Fallon’s place and staked him with the dead man’s $600.

“By the time the police had arrived to investigate the killing, the new player had turned the $600 into $2,200 in winnings.

The police demanded the original $600 to pass on to Fallon’s next of kin – only to discover that the new player turned out to be Fallon’s son, who had not seen his father in seven years!”

6. A novel that unsuspectingly described the spy next door

“When Norman Mailer began his novel Barbary Shore, there was no plan to have a Russian spy as a character.

As he worked on it, he introduced a Russian spy in the U.S. as a minor character. As the work progressed, the spy became the dominant character in the novel.

After the novel was completed, the U.S. Immigration Service arrested a man who lived just one floor above Mailer in the same apartment building. He was Colonel Rudolf Abel, alleged to be the top Russian spy working in the U.S. at that time.”