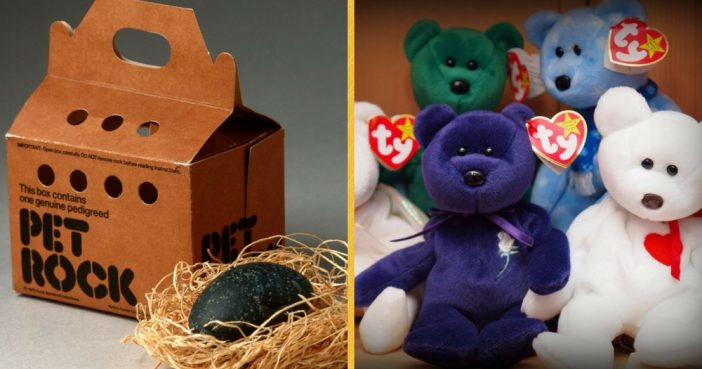 Almost everyone in the world believes that they have an idea that is capable of turning them into a millionaire but in truth, there are very few inventions that prove to be successful. For every creation or innovation that turns out to be a hit there are countless others that fail miserably. However, there are plenty of incredibly simple inventions or seemingly obvious ideas that no one else had thought of that went on to make millions of dollars, making their creator fabulously wealthy for what seems like almost no work.

Who didn’t love these as a kid? Most of us had at least five – most of the time, we’d slap them on all at once. Andrews hit the jackpot with this idea: He was a high school shop teacher before he invented the slap bracelet. In 1990 alone, the bracelets were estimated to be profiting between $6 million and $8 million.

This pet simulation device prompted a huge craze back in the nineties, and was perfect for kids – and adults, for that matter – who simply wasn’t responsible enough for a real pet. More than 70 million Tamagotchis have been sold: At one time, they were selling one Tamagotchi every second.

3. The Snuggie, invented by Scott Boilen of Allstar Products.

The real brilliance behind the Snuggie was its advertising campaign: The product was sold in ridiculous infomercials, featuring families wearing the Snuggie while roasting marshmallows and attending sporting events. According to Boilen, that approach was taken because the Snuggie in-and-of-itself is ridiculous: Why not advertise it in a humorous way? The approach worked: So far, the Snuggie has profited over $200 million dollars.

This adorable (albeit pointless) stony companion profited 15 million in the first six months it was on the market. Each rock was sold for $3.95, profiting Dahl $3 per sale. They came with a hay bed, a pet carrier, and a manual on how to deal with this “hassle-free” housemate.

We all loved to hate the Big Mouth Billy Bass, and that was kind of the point. It’s clearly nothing but a gag, but basically everyone you knew bought one, earning the company millions of dollars in the process.