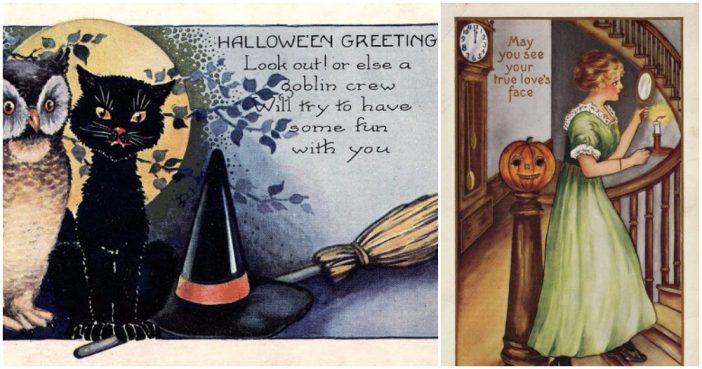 Halloween. Odds are, you think of it as one of the best holidays of the year. If you really stop to think about Halloween and all the bizarre traditions that go along with this beloved holiday, however, you may start to actually wonder… wherein the world did all these crazy traditions come from? Costumes, monsters, trick or treating, jack-o-lanterns… well, all this batty stuff had to start somewhere, right? Here are 12 things about Halloween that you may not know!

1. Ireland Is Believed To Be The Birthplace of Halloween.

The ancient Celtic Festival called Samhain was first celebrated more than 2,000 years ago in County Meath. The Celts believed it was a time of transition when the veil between this world and the next came down, and the spirits of all who had died that year moved on to the next life. But if the boundaries between the worlds of the living and the dead overlapped, the deceased could come back to life and wreak havoc among the living. Not a good thing.

Today the ancient past and the twenty-first century come together at the annual Spirits of Meath Halloween Festival, where a re-enactment of the Celtic celebration kicks off with a torchlit procession through town. The Irish welcome Halloween with bonfires, party games and traditional food, including a fruitcake that contains coins, buttons, rings and other fortunetelling objects. In ancient times, it was believed that if a young woman found a ring in her slice, she’d be married within the next year.

During the Halloween season, more than any other time of the year, normal everyday folks across the country will try to scare themselves on purpose. Horror movies and haunted attractions will pop up in local communities and folks will flock to attend these events with great excitement. The truth is that scientific evidence has shown that for some folks, getting scared in a safe environment can be not only pleasurable but also pretty darn euphoric.

4. The Timing Is Important.

The name Halloween is a contraction of All Hallow’s Evening, also known as the night before All Saints Day (“hallow” is the Old English word for saint). Christians around the world have marked the Triduum of All Hallows since the 8th century AD. The three-day observation includes All Hallows’ Eve (Hallowe’en), All Saints’ Day (All Hallows’) and All Soul’s Day, and lasts from October 31 to November 2. It is a time to remember the dead, including martyrs and saints.

Back in the day, the Celts worried about bumping into the ghosts they believed came back to the earth on Halloween. To avoid being recognized, people would don masks when they left their homes after dark in hopes the ghosts would mistake them for fellow spirits. These days folks are willing to spend a bundle in their attempts to be mistaken for pop culture icons and internet memes.

Page Page 1 of 3
Previous article: Man Sits Across Woman He Hadn’t Seen In 22 Years Then Breaks Down When She Sees Him
Next Post: Mom Forced To Give Son Up For Adoption. Now 18 Years Later, 4 Words Change Her Life.