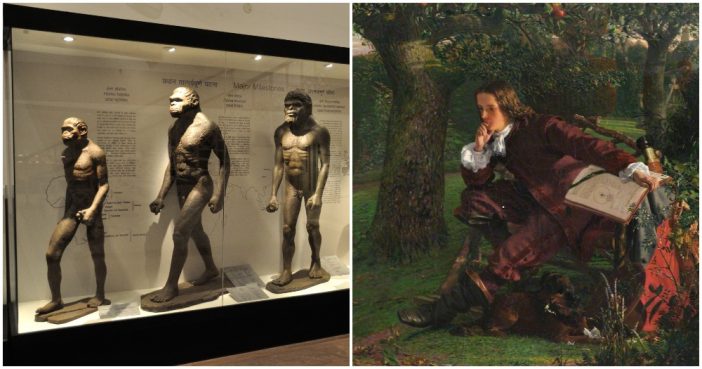 It turns out your school education might not have been all it’s cracked up to be. After all, how could it have been when these crazy myths are still commonly believed? Now, though, it’s time to put them to rest. So was Einstein really a bad student? And just how many senses do humans have? Buckle up – your brain is in for the ride of its life.

It’s a fable as old as any – the Greeks hiding inside a giant wooden horse, masquerading as an offering, in order to siege the city of Troy from within. But while Troy really was sacked, according to historians the horse part likely didn’t happen at all. Instead, it was probably dreamt up, perhaps by Homer – it was first mentioned in his Odyssey – based on the way damp horse-hides were used to protect siege-engines from being burned.

Depending on your point of view, humans aren’t limited to just the five senses. Indeed, it could be argued that humans have far more. Take proprioception – or spatial awareness – for instance, or our sense of balance. Some people even say that each sense should be linked to a different “sensor,” meaning things like temperature and pain would split the basic five senses – like touch – even further.

Edison’s version of the light bulb was simply the design that became most popular. But at least two men, Humphrey Davy and Joseph Swan, could claim to have invented electric lights long before Edison’s concept took off. Indeed, they even filed a successful patent lawsuit against him. But their names, and those of the other men who contributed in some small way to Edison’s bulb, are lost to history.

Columbus wasn’t the first European adventurer to set foot in America. No, that accolade is actually held by Leif Erikson, an Icelandic Norse explorer who arrived on American shores a whopping 500 years before Christopher Columbus. Erikson even has several statues across the U.S., and in 1929 he was given his own day – “Leaf Erikson Day” – on October 9.

Page Page 1 of 4
Previous article: Guess this TV Show Puzzle #1
Next Post: These 16 Famous Logos Have A Hidden Meaning That We Never Knew