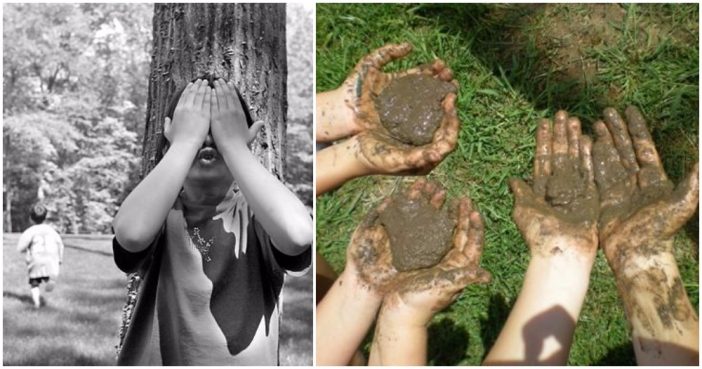 These days, going outdoors feels like a chore instead of a blast like it was back then. Kids nowadays would rather sit indoors and play video games than go outside and create a game to play.

We didn’t have all of the distractions indoors like we do today (internet, cable etc.) and so we made up a lot of fun things to do. We were good at occupying our time and it feels like we had a blast because of it! Here is a list of things that we did outdoors that seem to be losing popularity.

We lined up and waited to hear the words, “green light”, then we would run as fast as we could until someone said “red light”. Whoever got to the end first, won.

What a great game and workout at the same time! Jumping rope was a right of passage in my family. My older sister taught me all the rhymes and different songs that we sang.

This was great exercise that my father always suggested, but back then, it was just something fun to do. I remember all the neighborhood kids meeting up after school to do our usual hour ride around the neighborhood. I loved riding bikes outdoors, still do.

4. Drinking From The Hose

I doubt that kids today ever spend enough time outside to get thirsty. We did and so we drank from the hose instead of running inside for a glass of water.

This occupied much of our time and it was sometimes scary when we were going too fast! I loved the courage to just give up your body for a good time. Heck, we were kids and much harder to hurt back then!

Kids today must think we are so primitive when we say that we actually did this!