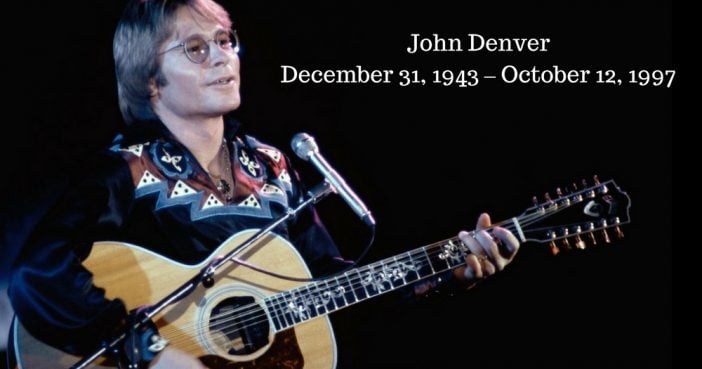 The John Denver Estate is commemorating the 20th anniversary of the singer-songwriter’s death with a gift for fans.

On Thursday (Oct. 12) the estate will release a previously unheard version of Judy Collins’ “The Blizzard” via the official Denver website, digital retailers and streaming services. Denver recorded the song during the early ’90s and even sent Collins a demo of his rendition, but never put it out before his unexpected death on Oct. 12, 1997.

“It’s a very John Denver song,” Brian Schwartz, director of the estate, tells Billboard. “We’re honoring his music and his life by releasing this track that we found in the archives. We mixed it, we mastered it. John Denver fans are rabid. They’re going to freak out when they hear this.” And Schwartz adds there’s likely more unreleased material where “The Blizzard” came from.

“There’s a few other (songs) we found in the same unearthing where we found ‘The Blizzard,'” he confirms. “We didn’t feel like we wanted to put those out yet. There’s a few left, and we’re continuing to digitize reels. Hopefully, there will be more unreleased studio recordings.” Schwartz adds that there’s also a wealth of live recordings in the vaults and that the estate is “working on some initiatives around those for 2018.”

“The Blizzard” is among several Denver-released projects surfacing the balance of this year. A new compilation, John Denver: The Windstar Greatest Hits, is due out Dec. 1 on vinyl and online, with a blue vinyl version exclusively for Cracker Barrel. Additionally, an audiobook version of Denver’s 1994 memoir Take Me Home is now in paperback and Kindle, while an exclusive Audible.com edition is read by Denver himself. The Grammy Museum’s Denver exhibit has moved to the Woody Guthrie Center in Tulsa, Okla., while the Denver International Airport is hosting a Denver exhibition curated by the Colorado Music Hall of Fame.

“The overall message of the campaign is ‘Remember John Denver,’ and how we can curate his legacy,” Schwartz explains. “How do we continue to satiate John’s fan base and turn on new generations of folks and hopefully potential fans? That’s what we do overall, basically ‘What can we do that’s special?’ We try to make decisions based on how we perceive  (Denver) would’ve made them. It’s all about, ‘How do we continue to remind people about him and his music?'”

Previous article: Baltimore Orioles And John Denver’s ‘Country Boy’ Are Forever Linked
Next Post: Can You Find 2 Answers to this SIMPLE Math Problem?