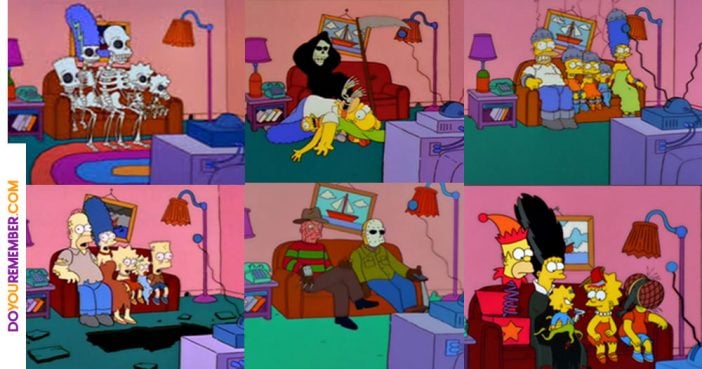 A classic from the inaugural installment of Treehouse of Horror, this segment features a reading of the classic Edgar Allan Poe poem by none other than James Earl Jones. Though it stays true to the original verse, it also manages to work in the irreverent humor The Simpsons is known for.

Over the last quarter century, The Simpsons has created many iconic moments, but none have achieved the cult following of the show’s annual Halloween Treehouse of Horror series. Since 1990, three short vignettes have offered satirical takes on classic cultural references, from Edgar Allan Poe to The Twilight Zone. To celebrate Spooky Season, we at DYR have compiled our BestTreehouse of Horror Episodes guide. Get ready to wet yourself from simultaneous fear and laughter.

A play on 2001: A Space Odyssey, this Simpsons segment is a masterful spoof on a sci-fi classic. Watch Homer defeat the HAL 9000 computer after he removes the “British charm” chip and the machine starts taking like a wisecracking New Yorker.

This Treehouse of Horror has everything that makes The Simpsons great: dolphin killing and senseless gore. In this installment, Lisa frees a captive dolphin from the aquarium. The jilted animal then organizes a dolphin rebellion against the townspeople of Springfield. In the fight between humans and dolphins, who would ever think I’d be rooting for the humans?

This one is a fusion of haunted-house classics like The Shining and Poltergeist. Though the family moves into a house built over an Indian burial ground, the ghoulish residence decides to destroy itself rather than live with the annoyingly dysfunctional family.

A classic from the inaugural installment of Treehouse of Horror, this segment features a reading of the classic Edgar Allan Poe poem by none other than James Earl Jones. Though it stays true to the original verse, it also manages to work in the irreverent humor The Simpsons is known for.

I don’t know about you, but my favorite Simpsons characters have to be the gender-ambiguous and ultra-intelligent extraterrestrials Kang and Kodos. This segment is a direct spoof of the 1996 Presidential election between Bill Clinton and Bob Dole. Homer inadvertently kills both politicians, and the alien duo ends up enslaving the human race.

In this self-aware segment, the cartoon switches between traditional 2D and groundbreaking CGI 3D animation. I can see the Pixar animators stoned, at home, taking notes.

Leave it to The Simpsons to manage a satirical commentary of the oversaturated, commercial world we live in and still make us roll around on the floor, laughing. In this episode Homer prompts all the large billboards around Springfield to come alive and wreck havoc on the town.

This story asks the age-old question: Would you sell your soul to Satan for a doughnut? Well, maybe not for a doughnut, but definitely for a churro. Watch Ned Flanders pose as Satan in what turns out to be a trial for the rightful ownership of the Homer’s soul.

This episode is a parody melting pot, including but not limited to spoofs of Child’s Play, Gremlins and The Twilight Zone episode “Living Doll.” In addition to the guffaw-inducing moments, this piece also features some gratuitous nudity.

Don’t forget to catch The Simpsons Treehouse of Horror on your local Fox network!