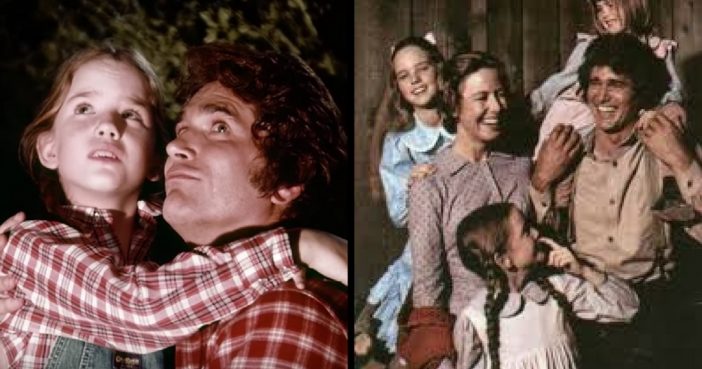 Melissa Gilbert, or Half-Pint as she will always be to us, turned 53, and we figured there’s no better way to celebrate this wonderful actress than by reminiscing on how she landed one of the most beloved roles in television history.

The scene that the 9-year-old was asked to perform with Michael Landon in the screen test for Little House on the Prairie was a heavy one. In the scene, their loyal dog, Jack, has drowned because Pa didn’t put him in the wagon while they were crossing the river. Laura is mad at him because all he said about the accident is that he was “sorry they didn’t have a good watchdog anymore,” leading her to believe Pa didn’t care that he died. But then Pa puts Half-Pint on his lap and explains that he was just full of guilt and that people sometimes say things they don’t mean, in one of the wise and warm exchanges that the show was so great at. They look up at the stars, tears twinkling in Pa’s eyes, to listen to heaven singing “Hallelujah.”

You can watch the scene below, but be forewarned that it’ll give you goosebumps:
Talking about the screen test in a 2011 interview, Gilbert said that Landon knew right away that she was the one:

I remember, clear as anything, the two of us doing the scene and him looking at me with tears in his eyes. I choke up just talking about it…I didn’t know at the time [that it] was the beginning of what we would be able to do to each other on camera for all those years. There was some sort of symbiotic connection there. I found out later, many, many years later, that when it came time to take the screen test to the network, he only took mine. ‘Cause he knew. He didn’t give them any other choices. He just said, ‘That’s Laura. That’s Half Pint.’

Previous article: Unlisted Phone Number Riddles
Next Post: Here Are 10 Of The Laziest People On Earth, But They’re Actually Geniuses.