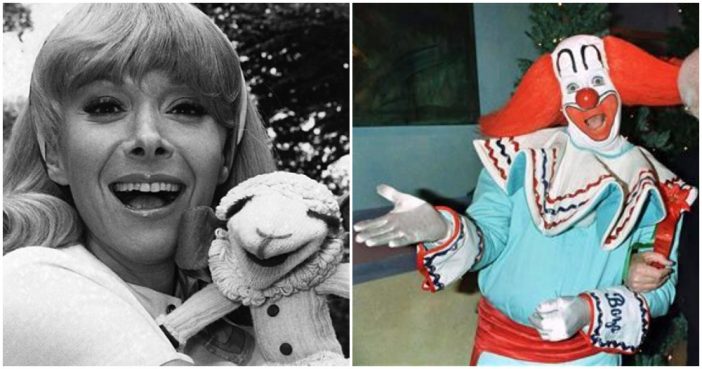 Kids’ show hosts are supposed to be squeaky-clean, perfect role models for your little munchkins. But sometimes, behind-the-scenes, these hosts aren’t as lighthearted as they appear on the screen.

Sometimes they are downright the opposite. They are human, after all. Here are some kids’ show hosts who are way more Krusty the Clown than Mr. Rogers.

Richard Pryor was a comedic genius, the kind of guy whose specials you make your kids watch when they grow up so they can appreciate true greatness. But as we all know, he had his own demons in the form of substance abuse, and his comedy wasn’t exactly what you’d call kid-friendly. He had what our mothers would call a “sailor-mouth,” and that was on a mellow day.

Yet, somehow, he was given a kids’ show in the mid-80s. No, we’re not kidding. It was a lot like Sesame Street. Again, Not kidding. Surely this must be some kind of mistake? Did he audition for the wrong thing and everyone just kinda ran with the goof-up? Nope. Pryor’s Place lasted thirteen whole episodes, tackled serious subjects like racism and bullying in a kid-friendly manner, and Pryor didn’t let one F-bomb fly throughout that entire tenure. Well, on-camera anyway. Backstage, we’re guessing the F’s flew like seagulls at the beach.

2. John Burstein of Slim Goodbody wore a unitard of exposed organs … and still does

Want to give kids nightmares? Easy! Just walk around with your organs exposed! Want to teach them about health? Uhh, just do that same thing?

RELATED: QUIZ – Can You Identify These 1970’s Children TV Shows?

That is John Burstein AKA Slim Goodbody’s logic. Starting on Captain Kangaroo, and then getting his own show, this guy wore a unitard that exposed his organs — everything from his heart to his colon — every episode. And trust us when we say this suit was incredibly lifelike. It would be pretty hard for a kid to know “oh, that’s not that guy’s actual lungs, just a unitard,” and not just because they don’t teach us about unitards until the sixth grade. It doesn’t look like he ever took that thing off, either. See, he still tours around at schools in the same unitard, because if our parents had to be scared, and we had to be scared, then by gum, so do our children!

3. Steve from Blues Clues left because he was balding

We all remember being little kids just watching “Blue’s Clues” like we did when, all of a sudden, Steve was gone! Instead, his brother “Joe” was suddenly in our faces, and Joe was not the same as his brother. So we spent years wondering just what happened to Steve. As younglings, we assumed he went to college (mainly because they told us that). But as we got older, we started to figure out the holes in that theory. He had to be over 30 — besides, if he couldn’t solve a simple puzzle without a bunch of preschoolers figuratively holding his hand everywhere, how could he possibly be college material? In short, what actually happened to Steve?

Well, there was a rumor circulating that he got into drugs and alcohol — luckily, that was just false. Many on the internet thought he died. Uhh … no. Less morbid people said he wanted to pursue a music career. Wrong again, even though he did do that. No, according to the man himself, he quit once he started balding. Basically, he was getting too old for this, well, you know the rest. And it wasn’t just the hair — many casts and crew members started to grow up and leave, and Steve found standing in front of a green screen for umpteen hours a week rather isolating. So, he decided it was time for a change. Also, for the record, Steve doesn’t even really look like Steve anymore. In fact, he says he sometimes gets mistaken for Moby and has to convince people he was Steve. But each skeptic only gets three clues to figure it out.

4. Larry Harmon (Bozo the Clown) ran for President against Reagan in 1984 and was a womanizer

Clowns often get a bad rap, though sometimes, it’s called for. Take Larry Harmon — AKA Bozo the Clown — for example. We’re not sure what’s odder: the fact that he ran for President against Ronald Reagan in 1984 with the slogan “Put the real Bozo in the White House” (admittedly, pretty clever) or the fact that he was, allegedly, a notorious womanizer.

In fact, an entire book was written about his questionable ways with women, called Sleeping With Bozo and Other Clowns. The book was written by his ex-wife Sandra Harmon, to expose him for how unfaithful he was during their marriage. While cheating on your spouse is obviously terrible, we also kinda can’t blame him. After all, what woman can resist a clown’s magnetic charm?

Page Page 1 of 2
Previous article: Guess Which Decade Cher is in?
Next Post: A Cowboy Rode into Town On A Friday, Stayed For Three Days & Rode Our On Friday. How Is That Possible?