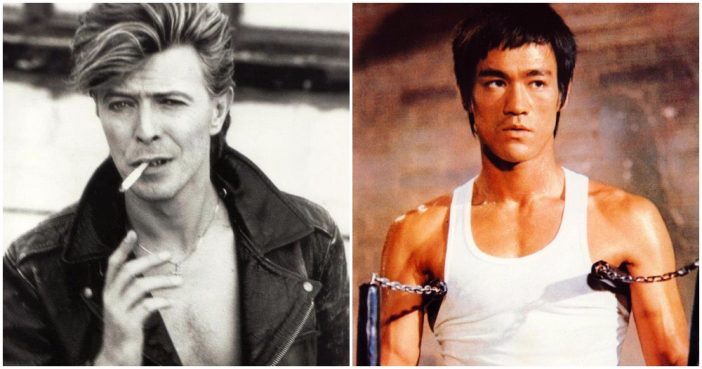 Celebrities make a lot of money—that’s part of the glamor of the celebrity lifestyle. And some of them reach such incredible heights of fame that even in death their money-making abilities barely slow down at all. In some cases they even supersede the living. Thanks to Forbes’ annual Top-Earning Dead Celebrities list, we know all about the celebrities who’ve managed to maintain fortunes well past the end of their lives.

With earnings of $55 million this past year, Elvis is doing pretty well for a guy who died nearly 40 years ago. Much of his income comes from ticket sales at Graceland, which is a testament to the King’s popularity, but he’s still doing well in album sales as well, and in fact released his 53rd Top 40 song in August 2015, a compilation released by the US Postal Service.

Speaking of jaw-dropping beauty, this blonde takes the cake. She was the hottest thing ever, popularizing the sexy, breathy voice and singlehandedly launching the debut of Playboy Magazine. The platinum locks that made her famous were actually fake, just like her name. The brunette Norma Jean Mortenson began modeling with big dreams. In 1946 she changed her name, signed with 20th Century Fox, and was molded, and arguably exploited by the male-dominated Hollywood machine. Elton John captured the sentiment of her fame and its effects on her mental health in the legendary song Candle in the Wind.

Here’s an actor who had great onscreen swagger in films like Cool Hand Luke and Butch Cassidy and the Sundance Kid, and The Color of Money, but he is often left out amongst late greats like Humphrey Bogart, Clark Gable and Gregory Peck. Paul Newman was in a generation in-between those guys and the modern day and often gets forgotten when credit is due. Not only was he a great actor, he was also an Indy racecar driver, environmentalist, and arguably the biggest Hollywood philanthropist ever. Charitable donations via his Newman’s Own food label have surpassed 450 million dollars.

Mr. Marley has done well for himself in the afterlife owing to several revenue streams. Last year Marley made $21 million from the 75 million albums he’s sold, the Marley Beverage company, which sells tea- and coffee-based beverages, and House of Marley, which mostly makes headphones and speakers. Not a bad haul for a guy who wasn’t really big on business during his lifetime