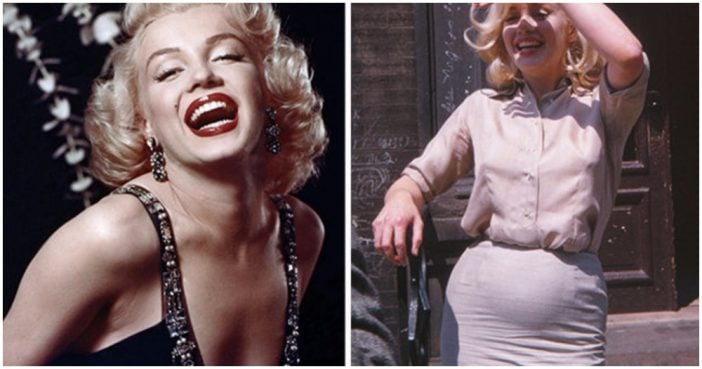 Everybody knows Marilyn Monroe.  Even if you’ve never seen a single film that she’s starred in, you still know her.  You know her quirks, you know about her trademarks, you know how she died, even…  However, there is one thing you may not know (seeing as it’s just recently surfaced).  It turns out that Marilyn may have been pregnant before she died, and there is photo evidence that may very well prove this.  But is this all just a sham?  Keep reading to see the photos that may prove Marilyn Monroe was pregnant.

The tragedy of Marilyn Monroe. There’s a reason why Marilyn Monroe’s legacy is so strong. She wasn’t just a beautiful actress, she alone represents two major sides of the American dream — coming from nothing and then losing everything in the process. She’s one of the true American tragedies, and as a result, it’s birthed a sort of international obsession.

The baby bump. Speaking of birth, new photos have surfaced that may very prove that Marilyn Monroe was pregnant. This is news that had never before surfaced, but these photos that have just been revealed may very well point out the truth: that Marilyn Monroe could have, at one point in time, been a mother.

Unearthing the truth. Some secrets and truths die with people. However, there can at least be some semblance of truth when photos are unearthed that may very well serve as evidence. This is exactly what happened with Marilyn when photos turned up at a Hollywood auction showing what many believe is a baby bump.

The secret-keeper. When someone passes, there is only so much more about them that you can learn. Everything simply dies with them. However, with friends and family, you at least have a shot at learning a shred of something. This is exactly the case with Marilyn, according to the Daily Mail, and her friend, Frieda Hull.

Page Page 1 of 4
Previous article: Can You Name This ’70s Movie From Its Poster?
Next Post: Guess the Walt Disney Movie by the Animals?