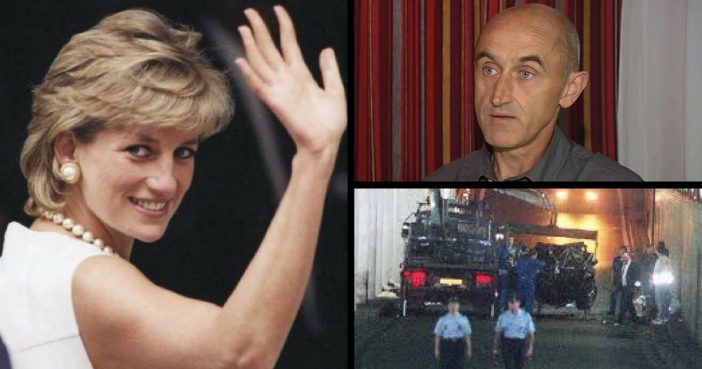 Gourmelon did not closely follow the British royalty news and hence did not recognize the Princess immediately. It was only after she was put into the ambulance that one of the paramedics revealed whom he had just helped. He took a peek inside and quickly recognized her.

Describing his first impressions of the accident, Gourmelon says, “The car was in a mess and we just dealt with it like any road accident. We got straight to work to see who needed help and who was alive. Diana said to me, ‘My God, what’s happened?'”
As per Gourmelon’s account, Princess Diana was very much conscious with her eyes open at the time he reached her. He spoke, “She was moving very slightly and I could see she was alive … I could see she had a slight injury to her right shoulder but, other than that, there was nothing significant. There was no blood on her at all.”
But as soon as she was put on a stretcher, she suffered a cardiac arrest. Gourmelon massaged her heart and was intent on saving her life. H hoped and believed she would survive the accident. In fact, he said, “To be honest, I thought she would live. As far as I knew when she was in the ambulance she was alive and I expected her to live. But I found out later she had died in the hospital. It was very upsetting.”

Princess’s body guard was in the car and kept calling after her. The firefighters and paramedics on scene asked not to speak and move much. Gourmelon recalls, “But my team told him to keep calm and not speak. I told him that none of my men spoke English so it was better for him to keep still and not move. I told him not to worry we were looking after everyone.”
The reason he came out in the open with his account on the 20th death anniversary of the Princess was because he retired. Until he served as the firefighter, it was mandatory for him to not say anything about the incident to the media.