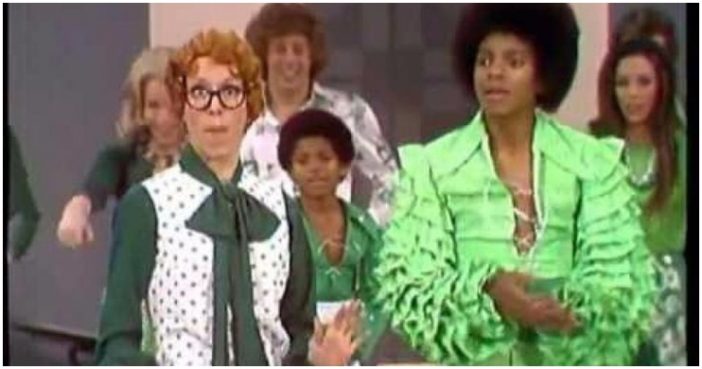 In 1974, the great Carol Burnett kept her cool as a stage-shaking earthquake hit while she was filming a classroom sketch with guests The Jackson 5 on her her eponymous show. While the sudden shaking could have completely ruined the skit, the ever-professional Ms. Burnett seamlessly incorporated it into the act and kept going.

In the clip, Carol is trying to “teach” music to her class. But unbeknownst to all of them, they are about to be visited by a different kind of “musical movement”! An earthquake happened as the show was taping. Carol was so calm under pressure and joked about it, that CBS execs left the footage in the show. Chalk up another gem for the queen of comedy.

Take a look below and be sure to SHARE with your friends!

Previous article: These Grandparents Had A Romantic Photo Shoot, And The Results Will Melt Your Heart
Next Post: 20+ Strange Playgrounds That Will Give You The Creeps