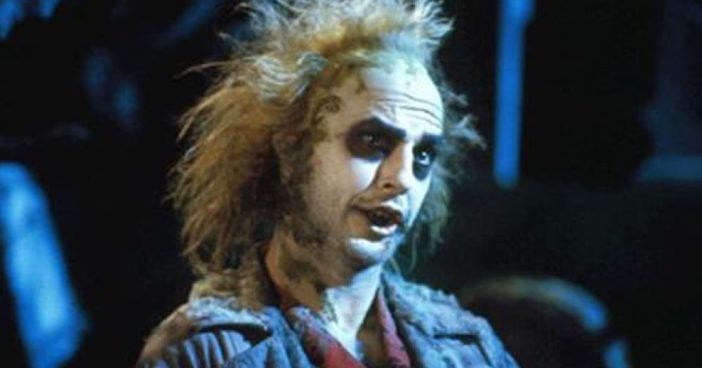 Tim Burton created a cult classic with his release of Beetlejuice in 1988. Watching Beetlejuice for the first time was an experience unlike any other. I was 9 years old at the time, but I can distinctly remember feeling that this unusual movie was different from all others. I also remember having nightmares for a month after the Beetlejuice snake scene. In the 30 years since my first viewing of Burtons most unusual film, I still cannot think of a movie released that is in any way similar to Beetlejuice. Tim Burton’s creation left a lasting impact on viewers, it’s absolutely one of a kind. In talking to fans of the flick I’ve found there are mainly two things they have to say about the movie, #1 being “Beetlejuice has the best quotes” or “this is my favorite line from the film”. The second most common happens to be a question, “when is the sequel coming out”. Seeing as there is no firm answer on a Beetlejuice 2 release date, we’ll enjoy some of my favorite Beetlejuice quotes!

A quick recap of the film. The Beetlejuice cast consisted of Geena Davis, Alec Baldwin, and Winona Ryder. It was an odd tale of a couple that died but didn’t know they’d passed on. There was a great dinner/conga line scene accompanied by a perfectly fitting song, Day-O (Banana Boat Song). Upon a family moving into their home they realized their odd situation. Now enter Betelgeuse, a wonderfully dressed fellow played perfectly by Michael Keaton. Beetlejuice promises to make things better for the family by getting rid of the humans who moved in. If that summary hasn’t refreshed your memory, you should probably just watch the movie again or say Beetlejuice 3 times! Here are some of the best and most memorable quotes from Beetlejuice:

“I attended Juilliard. I’m a graduate of Harvard Business School. I travel quite extensively. I lived through the black plague, and I had a pretty good time during that…not to mention the fact that you’re talking to a dead guy.” This was his hilarious answer to that question. Thanks Juice

“Let’s turn on the juice and see what shakes loose.” When the dead couple fails to scare away the human family, Betelgeuse turns into a snake and scares them all.

“I’m the ghost with the most, babe,” Betelgeuse says to Lydia when she comes to the attic.  He also fails to trick her into saying his name three times.

Page Page 1 of 3
Previous article: A Memphis Theater Pulled ‘Gone With The Wind’ After A 34-Year Tradition
Next Post: Can You Name All 10 State Flags?