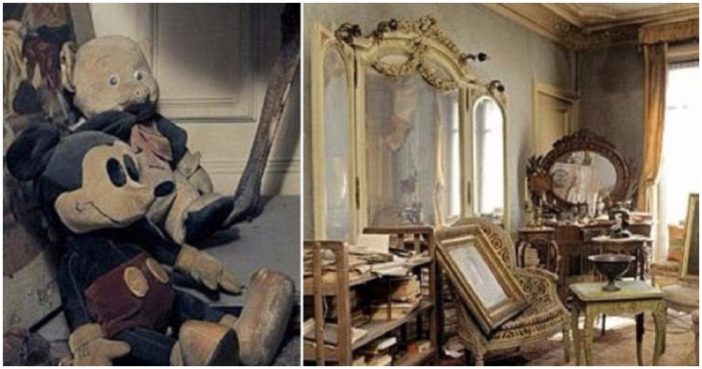 This picturesque Paris apartment is home to a decades-long mystery. When it was finally unlocked after remaining untouched for 70 years, it revealed a priceless look into the past.

Madame de Florian was a French socialite and actress who fled to the south of France during World War II. She kept her apartment in Paris on the Right Bank near the Opéra Garnier, though, in case she wanted to return. However, she never went back to it after the war. Since 1942, the apartment has been sitting untouched, until recently when an auctioneer entered her apartment. What he found was a time capsule, full of treasures.

The apartment was covered in dust, perfectly preserved. All of the furniture from the time period remained just how she left it. It looks as if she was just there yesterday.

Although it seems strange, having taxidermy pieces in one’s home was once a sign of affluence.

The home is not open to the public and is still owned by her estate.

Page Page 1 of 2
Previous article: Prohibition: A Photographic History of Prohibition In The United States
Next Post: This Woman Will Build An Exact LEGO Replica Of Your Home.