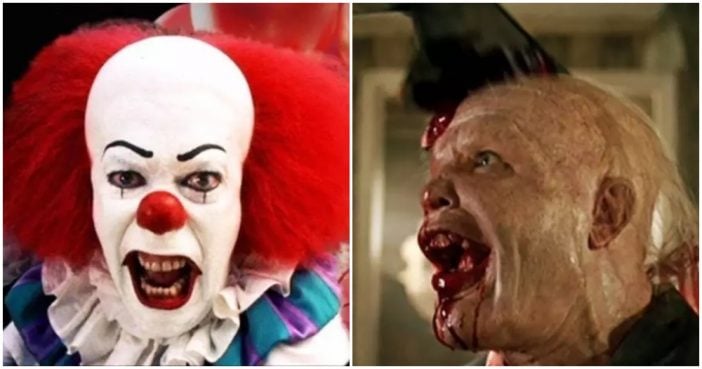 Many years ago, before CGI, horror movies relied on more visceral effects to elicit scares. Monsters, ghosts, and all things gory had to be created with hours upon hours of special effects wizardry.  It was, arguably, a much scarier way of making horror movies.

Some of those movies became vintage classics.  These types of movies are often fondly remembered as a person’s “first time”… forever attracting them to the genre.

A widower holds “auditions” for women to be his new wife, but the lady he chooses is a completely different person than he expected. You’ll be confused for all but 10 minutes of the movie, and those 10 minutes are utterly unrelenting.

A sorority house keeps getting dirty, creepy prank calls, and each girl starts dying off one by one. The worst part? Not every girl is aware that there are dead people in the house.

Years before Saw, there was Cube — another movie about a group of people finding their way through a series of traps in order to survive. Except in this movie, they’re in a gigantic cube, and the only thing they can remember about themselves is their own name.

A group of friends pick up a hitchhiker who ends up being from a family of cannibals. The villain, Leatherface, was inspired by real-life serial killer Ed Gein. HAHAHA, NOPE.

This bad boy’s mostly terrifying because it could definitely happen in real life: Two guys hold a wealthy family hostage and play some really sick mind games with them.