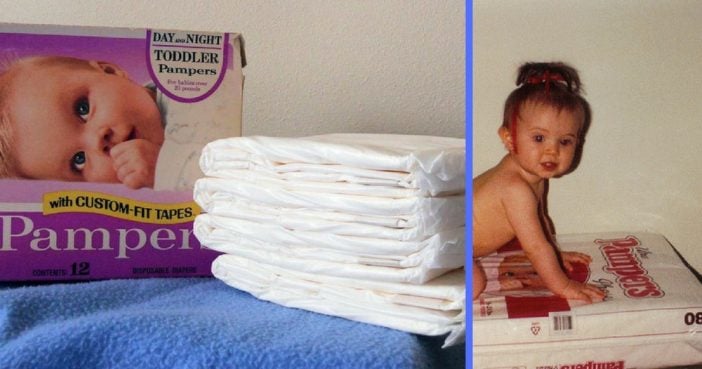 A BIT OF DISPOSABLE DIAPER HISTORY:

In doing some research about disposable diapers, I found out they have been around since the 1940’s.

A Scottish housewife by the name of Valerie Hunter Gordon put together a disposable diaper with a pad made of cellulose wadding covered with cotton wool, which was worn inside a plastic garment. These diapers were adjustable with press-studs and snaps. (The plastic she first used, was made via used parachutes.) With the use of a table-top sewing machine, she was able to produce 400 of these disposable diapers. She called these diapers “Paddis.” She applied for a patent in 1948 and by 1949 her patent was granted. Several companies turned her away, but in 1949, her big break came when Sir Robert Robinson- of “Robinsons of Chesterfield”- liked her idea and started production of her Paddi. In 1950, Boots UK (a pharmacy chain out of the UK), agreed to sell Paddis in all their store branches. Larger international companies were unable to buy out the Paddi market, so the race was on for America to recreate a similar product.

During the next couple of decades, improvements were made to the original Pampers disposable diaper, and the Kimberly Clark Company entered the market with their version called “Huggies.”

in 1973, Pampers had created a  double gusset in their diapers which lead to an easy fitting and comfortable diaper for baby.  Quality and comfort are key when wanting to make baby happy!

Watch for 1970s-1990s disposable diapers in their original boxes or packages-It could mean $$$ in your pocket!!

For more on how to turn your cash into trash go right to the Source: turntrash2.cash

Page 2 of 2Page
Previous article: Which is the Correct Top View of this Triangular Shape?
Next Post: Can You Guess Who these 1970’s Male Actors these Kids Grew Up to be?