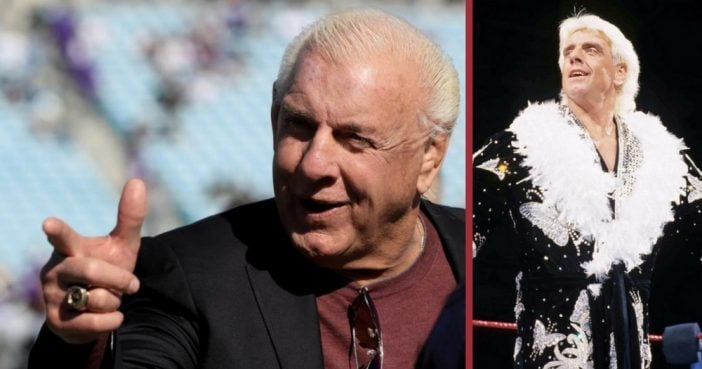 Ric Flair remained in critical condition on Tuesday as details emerged about the nature of his surgery.

Hi guys,
On behalf of my family and I, we want to THANK everyone for the prayers, texts, calls… https://t.co/EXRJle5BXc

The wrestling legend was placed into a medically induced coma early Monday before undergoing colon surgery to remove a blockage that was the “catalyst” for an array of different health issues — including kidney failure, according to Dave Meltzer of the Wrestling Observer Newsletter.

The 68-year-old is said to be on kidney dialysis, as a result.

“The surgery was considered a success, but as noted there are more issues involved,” Meltzer wrote online Tuesday. “A key is being able to get the kidneys back functioning.”

WWE superstars have reportedly been made aware of Flair’s condition, with many posting well-wishes on social media Monday and Tuesday.

Old friends and former in-ring rivals also took to Twitter and other platforms to show their support for the 16-time world champion.

“Ric Flair only prayers, love and positive thoughts,” tweeted Hulk Hogan. “Now it’s time to kick out because you can and you will always be ‘The Man’ my brother.”

Ric Flair only prayers,love and positive thoughts,now it's time to kick out because you can and you will always be "The Man" my brother. HH

Mick Foley wrote, “Thinking of @RicFlairNatrBoy as he recovers. I believe Ric has far more styling and profiling left to do in his lifetime.”

Thinking of @RicFlairNatrBoy as he recovers. I believe Ric has far more styling and profiling left to do in his lifetime. pic.twitter.com/FPn4lgphQ3

Please join me in continuing to pray for the recovery of my good friend, @RicFlairNatrBoy pic.twitter.com/LgpZ8mF82Z

You know Ric Flair bout to leave the hospital like this. #InStyle #FightFlairFight pic.twitter.com/VvWyXQPTTF

Sending prayers to @RicFlairNatrBoy and his family @MsCharlotteWWE 🙏🏻❤️

The well-wishes and prayers keep coming in….

Page Page 1 of 4
Previous article: 10 Historic Country Music Landmarks You Should Visit
Next Post: Since 1980, Two Brothers Meet Up To Take A Photo With Santa Every Year