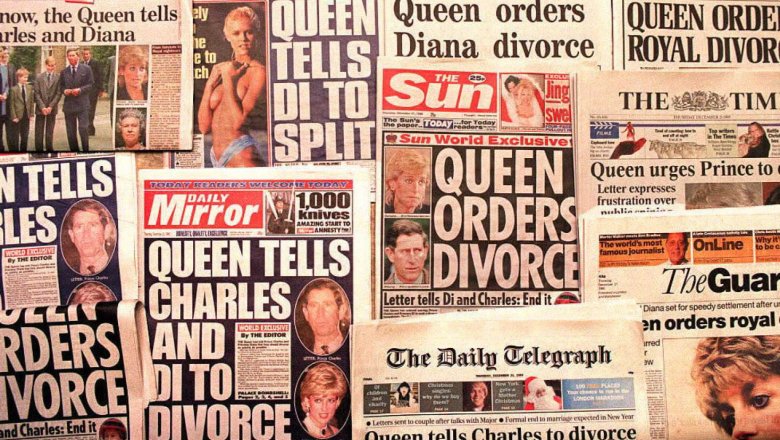 Charles may have triggered her bulimia

Diana confessed to Panorama that she suffered from bulimia throughout her marriage to Prince Charles.

She said the pressures of her job were factors in her illness. “If I’d been on what I call an awayday, or I’d been up part of the country all day, I’d come home feeling pretty empty, because my engagements at that time would be to do with people dying, people very sick, people’s marriage problems, and I’d come home and it would be very difficult to know how to comfort myself having been comforting lots of other people,” she said. “So it would be a regular pattern to jump into the fridge.”

Work wasn’t the only trigger. “It was a symptom of what was going on in my marriage,” she said. “I was crying out for help, but giving the wrong signals, and people were using my bulimia as a coat on a hanger: they decided that was the problem…”

Diana’s biographer, Andrew Morton, told People, “I think she slimmed before the wedding as a result of nerves, and then the whole thing was triggered during her honeymoon, when her husband put his arms round her and said, ‘You are a bit chubby, darling.'”

Charles cheated on her

In Diana’s 1995 Panorama interview, she was asked if Charles’ former flame (and now wife) Camilla Parker-Bowles was a factor in their divorce. Diana replied, “Well, there were three of us in the marriage, so it was a bit crowded.”

In a 1994 interview of his own, Charles was asked if he was faithful to Diana. “Yes,” he replied (via The New York Times). Then after a slight pause he added, “Until it became irretrievably broken down, us both having tried.” Charles admitted that he and Parker-Bowles’ affair began in 1986.

One of the most damaging royal scandals emerged when an illegally obtained phone recording between Charles and Parker-Bowles contained really explicit (and gross) content that we’re too polite to print here…but that you can read here.

Diana cheated on him

Charles may have had an affair with Parker-Bowles during the marriage, but Diana reportedly had her own side-pieces, too.

In her 1995 Panorama interview, she admitted to being unfaithful to Charles with their sons’ riding instructor, James Hewitt, around 1989. “Yes, I adored him,” she said of Hewitt. “Yes, I was in love with him. But I was very let down [by the affair].” Hewitt was even rumored to be Prince Harry’s father, but that theory becomes a bit bogus when you realize Hewitt didn’t even meet Diana until 1986—two years after the ginger prince was born.

Hewitt wasn’t the only rumored lover Diana had during her marriage. She was also alleged to have hooked up with her bodyguard, Barry Mannakee. According to The Independent, Diana reportedly said she was “deeply in love” with Mannakee, who was removed from his post for being “overfamiliar” with the People’s Princess. Mannakee was killed in a car accident in 1987.

Diana was also rumored to have had dalliances with car salesman James Gilbey and art dealer Oliver Hoare during her marriage to Prince Charles.

Page 2 of 6
Previous article: A Man Walked Around Town all Day Long, but Only Moved Two Feet. How is this Possible?
Next Post: Sarah Michelle Gellar Pays Loving Tribute To Robin Williams On The 3rd Anniversary Of His Death