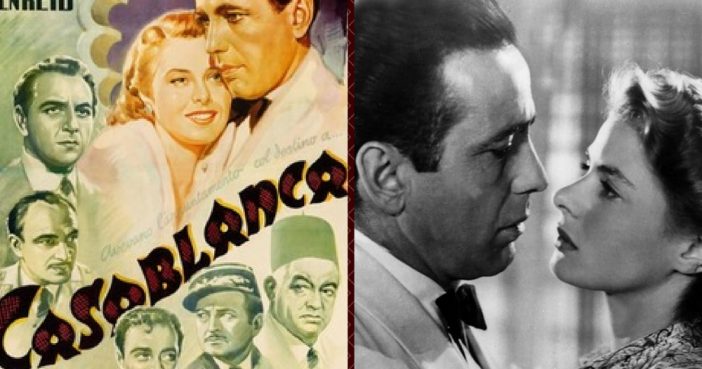 How much would someone pay for a vintage movie poster? Well, if that film is “Casablanca,” one person’s answer is $478,000.

That’s how much a bidder coughed up Saturday for the only known surviving Italian-issue poster for the 1942 film starring Humphrey Bogart and Ingrid Bergman. The poster sold through Heritage Auctions of Dallas.

“The buyer has just set a world record and acquired what we in the poster collecting world would equate to a masterpiece,” said Grey Smith, Heritage’s director of vintage posters. “The stunning artistry put into this poster makes it stand head and shoulders above any paper produced for the film.”

The poster, measuring 55.5 inches by 78.25 inches, was produced in 1946. The film opened in Italy on Nov. 21 that year, almost four years after its U.S. premiere. Featuring artwork by Luigi Martinati, the poster is considered the best of the picture’s numerous advertisements, Smith said.

The auction featured other rare posters for the film, with a half-sheet going for $65,725, and a postwar Spanish-release poster selling for $35,850.

SO, how much would you pay for a collectible poster? Share your feedback and comments below!