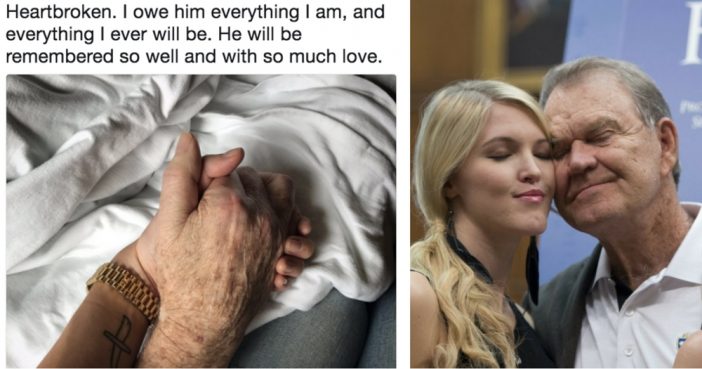 Following the death of country legend Glen Campbell on Tuesday (Aug. 8) at age 81, a number of fans and fellow country stars were heartbroken to hear the tragic news.

To honor the star and send their condolences, a number of musicians — including Glen’s daughter Ashley Campbell, Brad Paisley, Dolly Parton, Blake Shelton and more — took to social media to pay tribute to Campbell following the news.

See what artists said below…

Heartbroken. I owe him everything I am, and everything I ever will be. He will be remembered so well and with so much love. pic.twitter.com/1Z8mm8Jzth

Fellow artists and friends react to the passing of Glen Campbell:

Thank you @GlenCampbell for the artistry, grace & class you brought to country music. You were a shining light in so many ways.

Extremely sad to hear that Glen Campbell has passed away. My prayers and thoughts go out to him and his family.

Hey god bless Glen Campbell!!!! Such a big influence on me… Thanks Glen.. you'll live on…