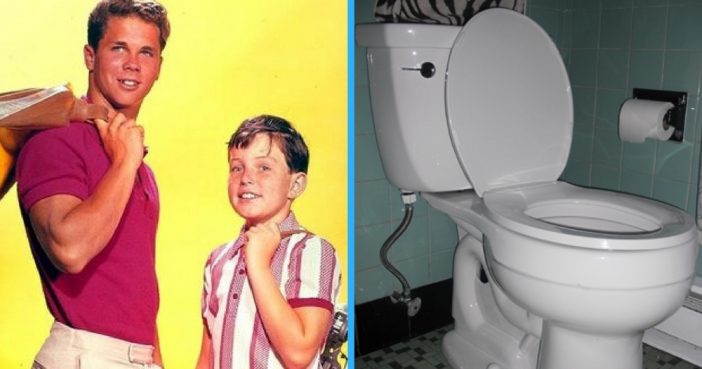 As the entertainment industry grew with the popularity of silent films, “talkies,” and home television sets, so did the scrutiny on each and every production attempting to air in front of an audience. Obviously, it’s all done in what those various establishments over the years thought was in our best interest, but as you can see in the examples below, they also had a habit of getting a little carried away.

For instance, I knew Elvis Presley caused a ruckus with his on-stage antics, but I had no idea it went so far as the details in #5 reveal.

Do you remember seeing something strange get banned or censored on TV or in a film back in the day?

The Leave it to Beaver debut was originally banned because the boys try hiding a pet alligator in the back of their toilet. The network finally allowed it when they agreed to not show the seat, only the tank.

Probably the earliest example of censorship, Thomas Edison’sThe Kiss in 1896 was a chaste display of affection that they referred to as“sparkin’” back in the Victorian Era and was promptly frowned upon.

For more surprising censored things from TV’s past, click “Next.”

Page Page 1 of 5
Previous article: Elvis Presley’s Untouched 1962 Jet Is Up For Sale. The Inside Is Absolutely Gorgeous
Next Post: Barbara Sinatra, Widow Of Frank Sinatra, Dead At 90