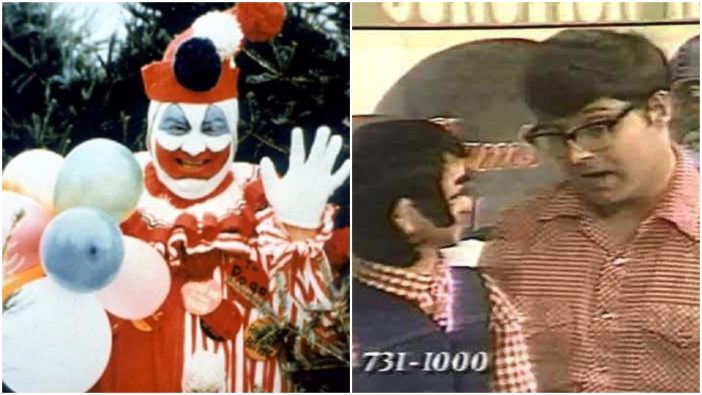 For the most part, children’s entertainers are pretty wholesome folks. They get into the business because they genuinely enjoy children and have a skill that kids tend to find entertaining. But on the other hand, as sad as it is, some people get jobs around kids purely because they’re weirdos, while still others would be total freaks no matter what they do. Still, though, it tends to get people quite wound up when it’s found out that a guy who’s a children’s entertainer is a total pervert. And why wouldn’t it? Come on… if you’re going to be a total freak, go get a job in a warehouse or something; don’t do it around people’s kids. That’s just so uncool in pretty much every way.

What follows is a list of 10 people who are children’s entertainers and who also happen to be perverts. Some of them have done crimes that are incredibly heinous, while others are just plain old weirdos. Still, when it comes to people who are getting paid to hang out with our children, one can’t be too careful, and while a lot of these people are really famous, some of them, not so much. So, consider this one of those neighborhood bulletins that let you know about some children’s entertainers who are ‘freaky deaky’ in the very worst way.

Here are 10 children’s entertainers who are also perverts.

I feel sort of bad for putting Gacy on the list with guys that got busted for messing around in movie theaters and grabbing women with puppets, but there’s no doubt that Gacy was a children’s entertainer, and there also is no doubt that he was a pervert. Gacy was known to have murdered at least 33 people, most of whom were young boys. Once can pretty much say without a shadow of a doubt that John Wayne Gacy is the absolute worst children’s entertainer of all time. If you’re hiring someone to do something like this, you just sort of expect that they aren’t going to murder the kids — at least that’s what you would’ve expected before Gacy did his thing. People are a tad more cynical now.

Next on the list of people that should’ve never thought of a job as a children’s entertainer is Mark Richard Davis. He was not only a magician but also a scout leader — you know, so he could pretty much have all of his creepy bases covered. Eventually, he was busted for rape and indecent assault and sentenced to 14 years in prison. Now, there may be a guy out there who’s both a scout leader and a children’s magician, and there may be nothing wrong with him whatsoever. And if there is, I truly am sorry for alluding to the fact that the combination is kind of creepy. But it is. So many of these guys might as well be waving a flag over their head that says, “I am super creepy.”

Friendly the Clown? Are you kidding me? I’m creeped out already. A middle-aged man who’s a clown for children is kind of odd anyway, but to call himself “Friendly” is really pushing the envelope. Robert Jensen, who was 57 at the time of his arrest, also was known as Bob the Balloon Twister. I honestly think I’m going to have nightmares now. Speaking of nightmares, he was arrested for sexually assaulting a mentally impaired woman who was staying at his home. I don’t know about you, but where I come from, this type of behavior is most certainly not considered friendly in any way shape or form. They probably won’t be too friendly to him in prison either.

Page Page 1 of 4
Previous article: The 1955 ‘Good House Wife’s Guide’ Explains How Wives Should Treat Their Husbands
Next Post: Couple Celebrates Anniversary With ’80s-Theme Photo Shoot And The Internet Can’t Handle It