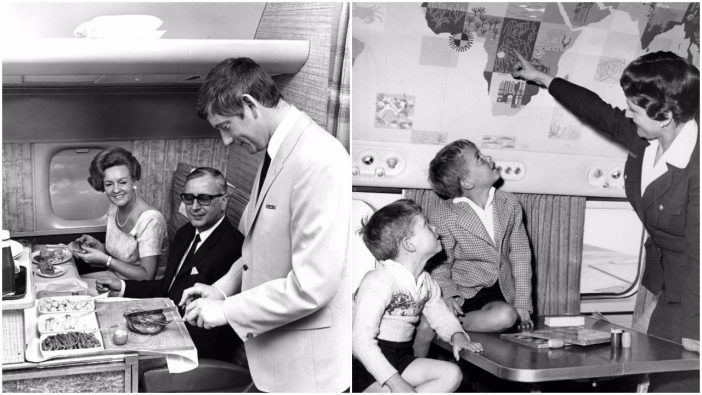 Although flying today is cheaper, safer, and faster than it’s ever been, it’s becoming an increasingly unpleasant experience as airlines cram more passengers into planes, causing overcrowding and delays.

It’s enough to make travelers wish f or the golden age of aviation.

We found vintage photos from 1946 to 1970, sourced from Iberia, KLM, Delta, British Airways and Air France, that show just how glamorous flying used to be.

1. We’re grateful that smoking is no longer permitted on planes, but we can’t deny this guy’s got style.

2. With today’s lie-flat beds in first and business class, not all that much has changed since 1949 on a KLM flight.

3. Seats on Delta have definitely shrunk since 1959.

4. Bunk beds (on KLM), however, we’d love to see making a comeback.

Page Page 1 of 5
Previous article: 25 Jaw Dropping Rare Historic Photos
Next Post: Pictures That Only A Baby Boomer Will Understand