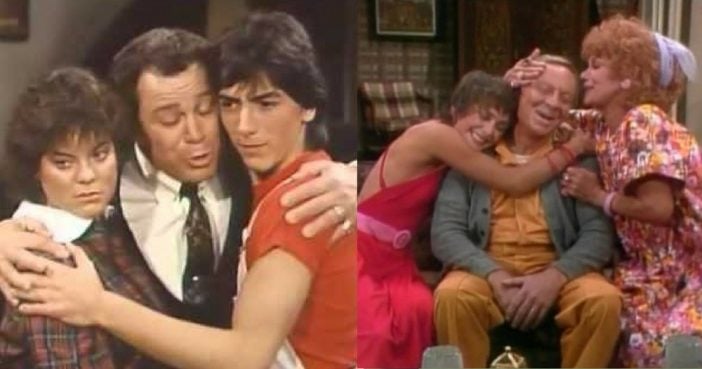 Not every TV show can be a hit, but some are just downright awful. All genres fall victim to rotten production, from reality shows to sitcoms, and have aired across decades of television history.

Our ranking takes critic and viewer response into account, as well as ratings, in order to give a complete picture of how much these series truly bombed. According to a list compiled by TV Guide, these shows are considered a few of the worst of all time.

Jeffrey Tambor is on the Top 100 list with three different classics – Arrested Development, Transparent and The Larry Sanders Show. Too bad nobody voted for The Ropers or dude could have hit for the cycle. Alas, not even us hardcore Three’s Company fans voted for this tragic spin-off – the god Norman Fell, so great as the grumpy landlord, looked miserable without any sex-crazed tenants to yell at.

There’s good-bad TV and terrible-bad TV, but this is truly genius terrible TV – you have to see it to believe it. A musical drama where Hugh Jackman plays a beefcake casino owner dancing on the pool tables while he sings “Sympathy for the Devil.” Axed after two episodes, though unfortunately not before the scene where Melanie Griffith dons lingerie to sing “One Way or Another.”

The worst of all the nightmarishly bad shows set in the White House. (What, you don’t remember Geena Davis in Commander In Chief? Or the one where Katherine Heigl plays a rogue CIA agent?) This NBC sitcom had President Bill Pullman, four bratty kids, and First Lady Jenna Elfman, who offered quips like, “Don’t scoff – it’s not called the Oval Scoffice!”

America’s first family hit rough times after The Osbournes – this Fox variety/comedy show lasted exactly one episode, which had Ozzy doing a sexy Flashdance routine and Kelly working a drive-thru window. The climax: a surprise onstage wedding for two members of the studio audience, as Ozzy sprays the happy couple with a fire extinguisher.

Oh, MTV – always at it with the wacky teen-sex sitcoms! Everything about Hard Times was cheap and dated, even the racism – every time the Asian character appeared, a gong sounded. Somehow America did not go for lines like “There’s a vampire buffet in my panties.” MTV learned its lesson and went back to playing music. (Psych! Nope, just more Teen Mom.)

Page Page 1 of 2
Previous article: Toddler Steals Prince Harry’s Popcorn, Gets Caught In The Act, And His Reaction Says It All
Next Post: Lisa Marie Presley Makes a Public Appearance With Her Three Daughters