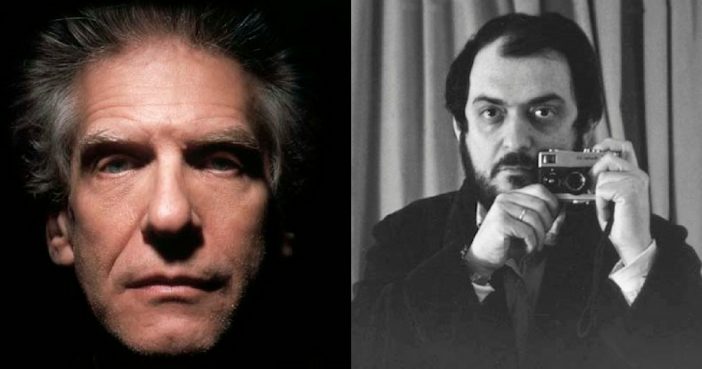 For some reason, I missed David Cronenberg’s criticism of Stanley Kubrick, more specifically “The Shining,” which happened close to three years ago. The gist of Cronenberg’s argument is that Kubrick was a commercially minded director that lacked the “intimate and personal” in his films. Cronenberg goes on to state, in simple terms, that he’s the better filmmaker of the two because of that. Um, ok.  Both great filmmakers, but let’s agree to disagree here, David? Especially if you look at your last few films, there’s been a struggle there, many mixed reviews as well, and you always find an excuse for why the result never happened the way you expected it to, blaming the studio or lack of funding is a major argument for you. Yes, you’ve made classics (“The Fly,” Videodrome,” A History of Violence,” “The Dead Zone”) but you ain’t Kubrick. At least, you miss the point about Kubrick, whose cold, calculating style, the opposite of intimate and personal, is what made him who he was. Below you can view the theatrical trailer for Cronenberg’s 1983 horror hit, Videodrome.
Click “Next” to find out what Cronenberg had to say about Kubrick.
Page Page 1 of 2
Previous article: Rare Footage Of Michael Jackson Rehearsing For ‘Thriller’ Video
Next Post: The Child Stars We Grew Up With: Then And Now