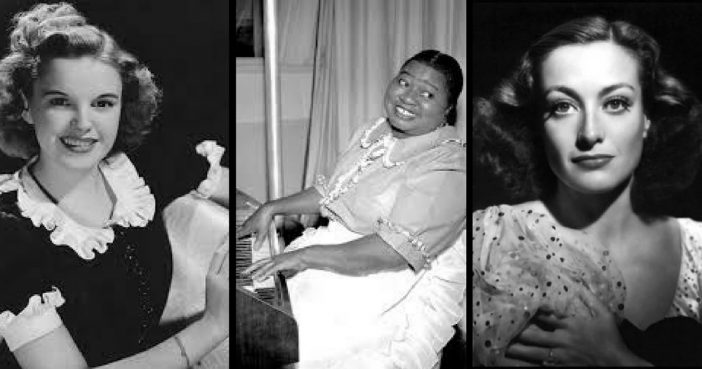 In today’s entertainment industry, we’re constantly bombarded with headlines about the famous faces we adore seeing on our screens. From scandalous secrets to heartwarming stories, there isn’t much that celebrities can keep hidden from the public eye anymore.

But back when Hollywood was just getting started with silent films and big budget pictures, stars were able to keep at least a few things private. Though there were also plenty of infamous gossip writers, they tended to work with the performers rather than expose them.

That’s why it’s so shocking to see how many of the beautiful ladies below were concealing some tragic moments in their lives. Over the years, since the height of their fame, historians have uncovered the heartbreaking truth behind some of the world’s most captivating and iconic women.

The legendary and multi-talented performer was deemed an “ugly duckling” when she arrived in Hollywood at the age of 13, forced to wear caps on her teeth and plastic disks to change the shape of her nose. MGM Studio founder Louis B. Mayer would frequently refer to her as “little hunchback.”

After becoming a successful actress in Germany, Lamarr’s native country, her first husband became so possessive that he essentially kept her prisoner in their home. She finally escaped by disguising herself as their maid and fleeing to Paris.

Fred Astaire’s iconic dance partner was kidnapped by her own father twice as an infant, after her parents separated a few months before her birth. She never saw him again the rest of her life.

Page Page 1 of 4
Previous article: The Curious Case Of The $2 Bill
Next Post: Why We Were Forced To Play The Recorder