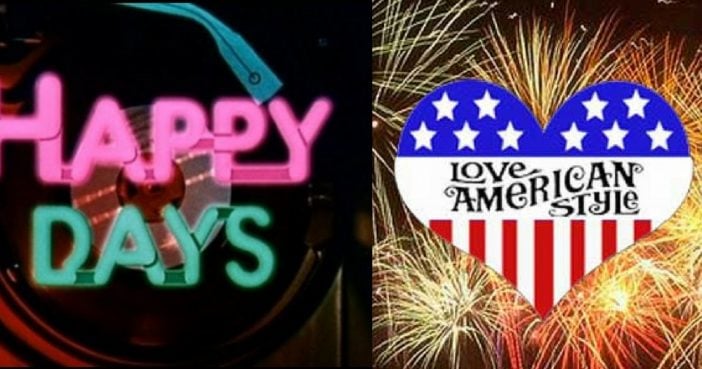 One of the things that go hand in hand with some of our favorite sitcoms is the theme song. There is nothing more nostalgic than the memories we created during dinner and family time in front of the television, singing along as we get ready to watch our favorite shows.

Here are Doyouremember.com ‘s favorite sitcom tv themes. What would you change on this list? What was your favorite theme song? SHARE in the comment section below!

The theme for one of the leading sitcoms of the ’70s was written by the same songwriting team behind “Bye Bye Birdie.” It’s also the source material for the “Family Guy” opening:

“All In The Family”

Boy the way Glenn Miller played
Songs that made the Hit Parade.
Guys like us we had it made,
Those were the days.

And you knew who you were then,
Girls were girls and men were men,
Mister we could use a man
Like Herbert Hoover again.

Didn’t need no welfare state,
Everybody pulled his weight.
Gee our old LaSalle ran great.
Those were the days.

{In the longer version}

People seemed to be content,
Fifty dollars paid the rent,
Freaks were in a circus tent.
Those were the days.

Take a little Sunday spin,
Go to watch the Dodgers win.
Have yourself a dandy day,
That cost you under a fin.

Hair was short and skirts were long.
Kate Smith really sold a song.
I don’t know just what went wrong,
Those were the days.

This classic theme song is parodied by “Wayne’s World” when Wayne and Garth visit Milwaukee:

There is nothing we won’t try

The opening tune for The Golden Girls is as recognizable as the sitcom’s four leading ladies who shared ample amounts of love, heartbreak and laughter in their Miami home. “Thank You for Being a Friend” was originally a 1978 hit by Andrew Gold, but singer Cynthia Fee’s version of the song is a perfect ode to the unbreakable bond between absentminded Rose (Betty White), free-spirited Blanche (Rue McClanahan), quick-witted Dorothy (Bea Arthur) and sharp-tongued Sophia (Estelle Getty). Source: Paste Magazine

Thank you for being a friend.
Travel down the road and back again.
Your heart is true, you’re a pal and a confidant.

And if you threw a party, invited everyone you knew.
You would see the biggest gift would be from me
and the card attached would say,
thank you for being a friend.

Check out our “NEXT” picks