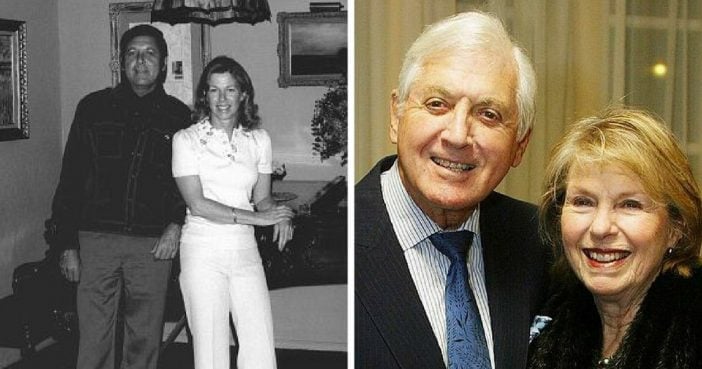 Marilyn Hall, an Emmy Award-winning producer and the matriarch of a show-business family that includes her husband, the legendary Let’s Make a Deal host Monty Hall, died Monday in Los Angeles. She was 90.

In addition to her husband, survivors include their children Joanna Gleason, the Tony Award-winning actress and the wife of actor Chris Sarandon; Sharon Hall, president of Endemol Shine Studios and the wife of TV producer Todd Ellis Kessler; and Emmy-winning producer Richard Hall (The Amazing Race).

Marilyn Hall served as an associate producer on the celebrated 1982 telefilm A Woman Called Golda, which starred Ingrid Bergman as Israel’s prime minister, and she won her Emmy for executive producing Do You Remember Love, a 1985 TV movie about the effects of Alzheimer’s that starred Joanne Woodward and Richard Kiley.

The multitalented Hall also penned an episode of Love, American Style and the 1975 ABC special Lights, Camera, Monty!; served as an associate producer on the original 1990s Broadway productions of Jelly’s Last Jam and Angels in America; wrote The Celebrity Kosher Cookbook, published in 1975; and reviewed books for the Los Angeles Times.

A native of Winnipeg, Canada (just like her husband), Marilyn Hall began her career as a writer and actress for the CBC. She also taught writing focused on children’s programming at Queen’s University in Kingston, Ont.

After moving to New York with her husband, she became a published songwriter when her tune “Is It Possible That I’ve Been Gone So Long” (co-written with Helen Bilby) was recorded by the famed cabaret singer Hildegarde.

She earned a bachelor’s degree from the University of Toronto and received her MFA from UCLA at age 50.