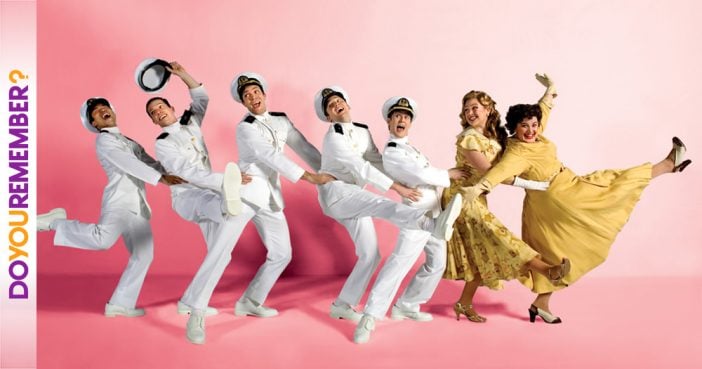 During this week in 1960, legendary entertainer Chubby Checker dropped his epic single “The Twist,” which had teenagers in high school gymnasiums across the land swinging their hips from side to side. In honor of that occasion, DYR has compiled a list of the most memorable song-related dances of all time. And while the Harlem Shake and Twerk crazes that have recently swept across the globe are a little too new to make our list, we have a bunch that are sure to inspire you to get jiggier with it than Jerry Seinfeld DJing a Joe Mayo house party in 1998.

A Cuban celebratory carnival march that first hit the U.S. in 1930, it would find a new life when a more upbeat version was popularized by singer Gloria Estefan and the Miami Sound Machine in 1985.

This 1960s dance not only inspired several songs—including Dee Dee Sharp’s hit “Mashed Potato Time” and James Brown’s “Mashed Potatoes U.S.A.”—but it was also shouted out in countless other tunes during that period.

This ghoulish 1960s number, inspired by the Mashed Potato, was created to compliment a song created by Bobby “Boris” Pickett, who intoned the lyrics—which called out such horror icons as Dracula, Frankenstein and the Mummy—in an imitation of actor Boris Karloff.

Little Eva, who sang the original version of the song, also invented this popular 1960s dance. Rumor had it she made up the steps while doing chores, as writer Carole King was playing the tune. King later revealed that Little Eva made up the dance after the song had become a hit.

This dance, which originated during the early 1970s in the South Bronx, would become a sensation when Van McCoy and the Soul City Symphony released their song “The Hustle” in 1975, during the glorious days of disco.

Created in 1976, the popularity of this four-wall line dance skyrocketed in the ’90s, when reggae artist Marcia Griffiths shouted it out in her hit song “Electric Boogie.”

The Bangles invented this dance when their 1985 song and video dropped and became huge hits. Unsurprisingly, the dance wasn’t very popular in clubs, mostly due to its sheer ridiculousness.

This dance was made popular by Paul Reubens’ iconic character of the same name in the 1985 film Pee-wee’s Big Adventure, but it was rapper Joeski Love’s video that had hip-hop fans doing it in clubs all over the Northeast that year.

Madonna may have had us all striking a pose in 1990 when she released her smash hit song of the same title, but the moves had been a staple of Harlem drag balls since at least the early 1980s, as is seen in the documentary Paris Is Burning. Its origins may even go back to Harlem in the 1930s, with the song “Posin’.”

The dance was inspired by the Bayside Boys’ 1996 remix of Spanish duo Los del Río’s catchy tune, which was originally released in 1993 as a rumba.

Big on the college scene in the mid 1990s, the dance was inspired by the 69 Boyz’ hit song. Many considered it a knockoff of the Butterfly, a staple in Jamaican dancehalls.

This folk line dance was created by Chicago’s DJ Casper—a.k.a. Mr. C the Slide Man—in 2000, after his song of the same name was picked up for distribution by Universal Records. It was originally invented as a workout routine.
Previous article: G.I. Joe Inventor Stanley Weston Dies At 84
Next Post: The Music From This Inspiring Movie “Rocks”!